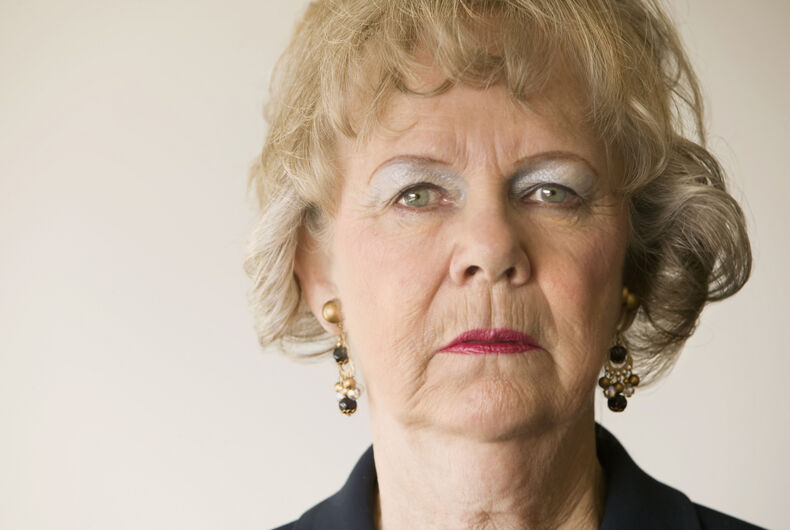 When a young man and his wife went on vacation, they left their five-year-old son in her mother’s care. But when they came home, they found the child traumatized by the hateful granny.

But it bothered grandma a lot. So much, in fact, that she dragged the poor kid into the backyard and made him watch while she set his dress-up frocks on fire.

“When we went to pick him up yesterday, he came running to me hysterical saying ‘Grandma burnt my skirt and put it on fire!’ I was confused and he wouldn’t stop crying so my wife asked her what he was talking about,” he wrote.

“She said that ‘no little boy should be wearing a dress, he’s gonna get himself beat up or worse’ …he’s five years old. I asked what she did with the clothes and she said she put them in the burning bin in the back yard and showed him.”

Dad immediately lost his cool and told the mean-spirited granny that she wouldn’t be allowed near the boy again, but reports that after a quick conversation with her mother, the boy’s mom came back and made excuses for grandma’s behavior.

“I took him and went to the car and my wife came out about five minutes later. She told ME that I was overreacting and that her mother just ‘doesn’t understand it’,” he wrote. “She doesn’t have to understand shit but she will respect OUR parenting and the way we do things. My wife still doesn’t seem to get it.”

He asked users in the /relationships forum if he was overreacting and most respondents said no.

“She didn’t have a conversation, she didn’t discuss it with you first, she made an executive decision she wasn’t entitled to make, destroyed his/your property, made him feel like shit, and somehow you need to make things right?” one person asked.

“If she’s capable of something that extreme, who knows how she’ll react the next time he does something she doesn’t approve of? If he insists on playing princess around her, would she “smack some sense into him” or similar?”

Some, however, pointed out where he went wrong. While they lauded him for standing up for the boy, they focused that his knee-jerk reaction could have traumatized the boy further and put his wife in a horrible place where she had to make a snap judgement.

“I think you made a wee mistake in telling your MIL that she will never see your child again without talking to your wife. I mean, a totally understandable mistake and I would have probably done the same,” one person responded.

“But from your wife’s perspective you went hard that way and her mums obviously hard the other way. You’re the two people in the world who expect a lot of her, and are fighting over her child. Sit her down. Ask her what compromise you can come to where your concerns are taken into consideration and hers are too.”

“I think it’s fine to object in the strongest possible terms to her behavior,” someone else replied. “Saying ‘You will never see my son again’ is a bit dramatic and adds an extra dose of trauma to the 5 year old, who is upset at what grandma did but still probably loves her. That’s really a decision to be made later after discussions with the wife and the opportunity for grandma to apologize after everyone’s cooled down a bit.”

In the end, another person seems to have hit on the perfect solution.

“You definitely need to make things right. By taking your son shopping and letting him pick out new skirts and dresses,” they wrote.

What would you have done in this situation?