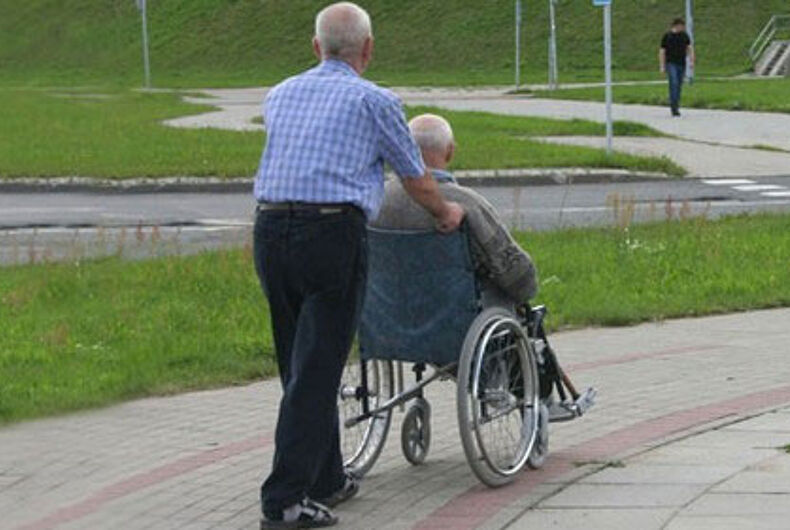 Surveying 1,782 LGBTQ people across the United States, AARP found that gay men over the age of 45 are more likely to be single.

While 57% of gay men over 45 were single, lesbians were only 39% more likely to be without a partner, while bisexual men and women weighed in at 48%.

Half of transgender people surveyed were partnered, with 35% of them married.

The study itself focused on the challenges faced by LGBTQ people as they age, though much of their concern focused on support networks.

76% of survey participants were worried about having adequate family or social supports that they could rely on as they age. 73% were also concerned about access to LGBTQ-specific senior services.

“Gay men are far more likely to live alone, and this will influence the types of services needed by gay men as they age,” said the study. “Further, when asked about their social support network, gay men are less connected compared to lesbians on every relationship type tested, from LGBT friends to straight friends, from partners to neighbors.”

Bisexuals over 45 were less likely to be out about their sexual orientation, and were found to be generally harder to reach than lesbians, gay men, and transgender people.

Transgender people tended to have living situations more in line with lesbians than gay men, regardless of their specific gender identity. Nevertheless, they were far less likely to be able to count on family members for support than their lesbian, gay, or bisexual counterparts.

The differences in numbers between gay men and lesbians of those living alone as they age did not surprise the study’s researchers: this discrepancy has been seen amongst younger lesbians and gay men.

Compared to the straight population, younger people are more likely to be single, though more than two out of three are married by age 50.

It is unclear what could lead to the disparities between gay men and lesbians, but the impact of the AIDS crisis could play a part, as well as other issues such as the shame over their sexuality that may be ingrained in some older gay men,