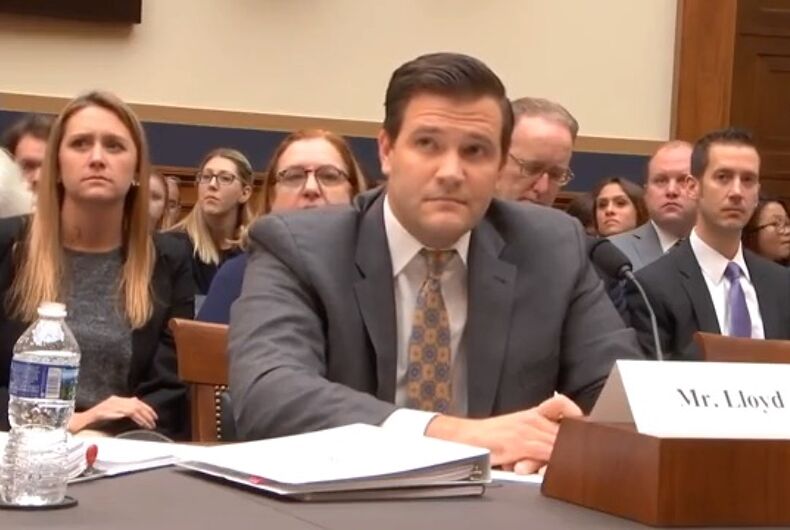 One of the key characteristics of the Trump administration is that people working there are seldom single-issue haters. Take the case of Scott Lloyd, who heads the Office of Refugee Settlement, the agency that is in charge of all the children separated from their parents at the Mexican border.

Lloyd is best known for his anti-abortion activism. He has personally intervened in the cases of teenage refugees seeking abortions, trying to convince them otherwise.

In one high-profile case, a 17-year old girl had to go to federal court to win approval to terminate her pregnancy after Lloyd’s agency refused her the care she sought.

Lloyd came to the Trump administration through the conservative Catholic network, serving as an attorney for the Knights of Columbus, where he took credit as the “architect” for late-term abortion bans now in effect in six states. He co-founded several other conservative Catholic groups, with a heavy emphasis on abortion.

But Lloyd’s right-wing credentials don’t stop there. He has also been vocal in his opposition to LGBTQ rights.

In 2011, Lloyd complained “the law is pagan territory,” adding “Look no further than no fault divorce, legalized abortion on demand, and gay marriage as confirmation.”

That same year, Lloyd argued that granting same-sex couples the same rights as heterosexual couples did not meet his definition of justice.

Lloyd went on to justify bans on marriage equality on the grounds that heterosexual couples were superior because they can bear children.

“There is nothing unjust about it; it is simply an acknowledgement of the common and necessary distinction between kinds of relationships and the reality of how societies grow and flourish.  More troubling is the denial of these fundamental realities in order to achieve the political goal of ‘gay marriage.'”

The quotations marks around gay marriage are a nice touch, because it implies that there is no such thing.

Lloyd had served in the George W. Bush White House, where he was a power behind the “conscience clause” for medical providers. The rule allowed providers to refuse care if it violated their religious beliefs, such as treating LGBTQ people. The Obama administration gutted the rule, but the Trump administration revived it.

Of course, Lloyd is not the only homophobe responsible for carrying out Trump’s immigration policy. The chief architect, Stephen Miller, an aide to Attorney General Jeff Sessions, is best known for his hardline immigration stance, but he has long complained about LGBTQ rights as well, going all the way back to his high school days when he groused about the existence of a gay club at school.

Lloyd shares one other characteristic with other Trump appointees: he has virtually no experience for the job that he has.

Caring for the thousands of children separated from their parents and eventually reuniting them (if that is the administration’s goal) is a daunting task for the most experienced manager. Now the fate of the children is in the hands of someone more interested in making a point than in making them safe.

Why is Facebook opening a data center in one of the most antigay states?