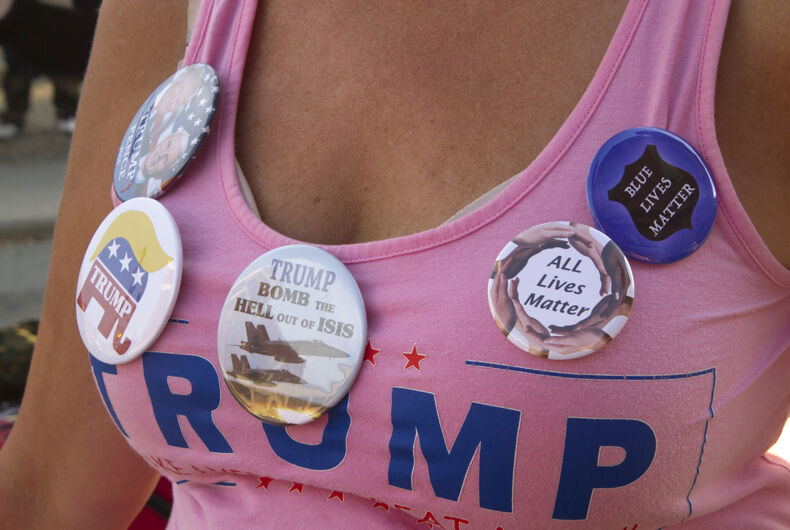 Donald J. Trump treats our nation’s allies and international agreements as he treats his wives and mistresses – the tossed-off bones of his rapidly-consumed fast food chicken parts.

His insatiable appetite for women of a certain physical type, for incalculable wealth, admiration, and the media spotlight presented limited dangers before his election.

Following his ascendancy to the Oval Office, though, in his position as the world’s most powerful “leader,” his excesses threaten our democratic institutions and the rule of law. And through it all, he places blame on his predecessors and on the victims of his abuse and bullying.

By abandoning our nation’s once trusted alliances that have served effective in preventing another major world war, he is screwing our allies while cozying up with brutal dictatorial tyrants, thus sacrificing any remaining degree of moral authority we once maintained.

He exhibits more respect for his corrupt EPA Secretary and his over-the-top misogynistic lawyer than he does for venerated national leaders in Europe and North America.

Trump jeopardizes the status of our NATO alliances and our trading partnerships. His unjustified divorce from the Paris Climate Accord and the Iran nuclear deal, and his attempts to separate from the North American Free Trade Agreement pose severe challenges to the United States’ leadership role in the world.

His virtually unilateral decision to move the U.S. embassy in Israel to Jerusalem in advance of any genuine endeavor to broker peace negotiations between Israelis and Palestinians further inflamed passions in the region.

Trump has quickly transformed what was until recently merely his own dysfunctional family into an inoperative world order quickly spinning out of control.

Contrary to his meager and seriously flawed understanding of history, Canada (which was not yet an independent nation at the time) did not torch the White House during the War of 1812. The current resident of the People’s House, however, incinerates all he touches to ash.

This President acts on instinct over reason, personal compulsion over national interests, unmet frozen psychological needs over international standards of diplomacy. He is incapable of accepting responsibility for his destructive actions or upholding the values and terms of the founding documents on which our nation’s system of government is based.

Donald Trump threatens our economic, political, and physical security. He poses a clear and present danger to our nation and to its people. He is the irreconcilable difference from which we the people must separate and divorce.

We the people must impose a collective restraining order on him at the polls, confront his Republican Party enablers, and avoid the state media of Fox News with all the shinny flexibility of aluminum and tempered strength of steel to repair some of the damage Donald J. Trump has wrought on the family of nations.