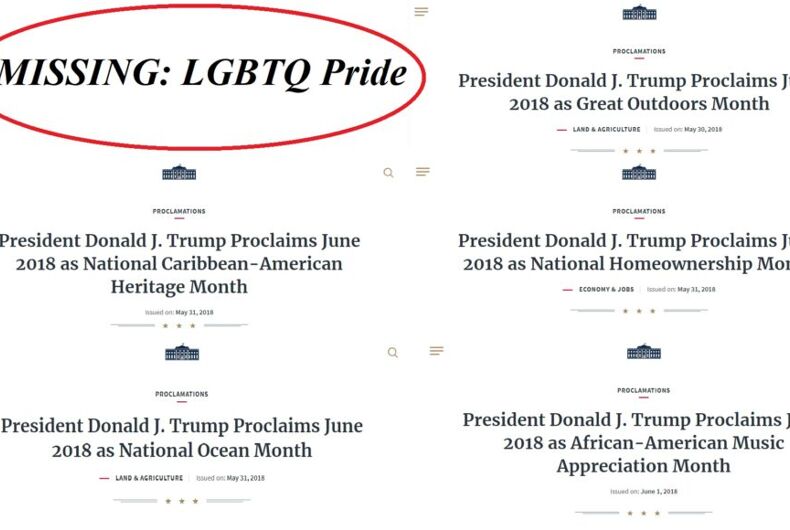 While the Democrats issued a public statement to celebrate LGBTQ pride month, the Trump administration pointedly ignored the community in favor of other proclamations – like National Ocean Month.

The Trump administration has abdicated all civil rights issues to Vice President Mike Pence, one of the country’s most anti-LGBTQ politicians. Under his leadership, the administration has rolled back protections for the community at every opportunity and continues to try to give conservative Christians a right to discriminate against LGBTQ people

“We’ve made incredible progress for LGBTQ rights, and we’ve seen LGBTQ candidates achieve historic victories up and down the ballot. But LGBTQ Americans still face hurdles to equality across our society – from bathrooms to bakeries to the ballot box. Every day, Republicans in Congress, the White House, and at the state and local level are trying to turn back the clock on LGBTQ rights,” DNC Chair Tom Perez and other party leaders said in a statement.

“The Democratic Party stands with LGBTQ communities in America and around the world. We believe that no one should face discrimination, bullying, or violence because of who they are or who they love. And we will never stop fighting for the equality every human being deserves.”