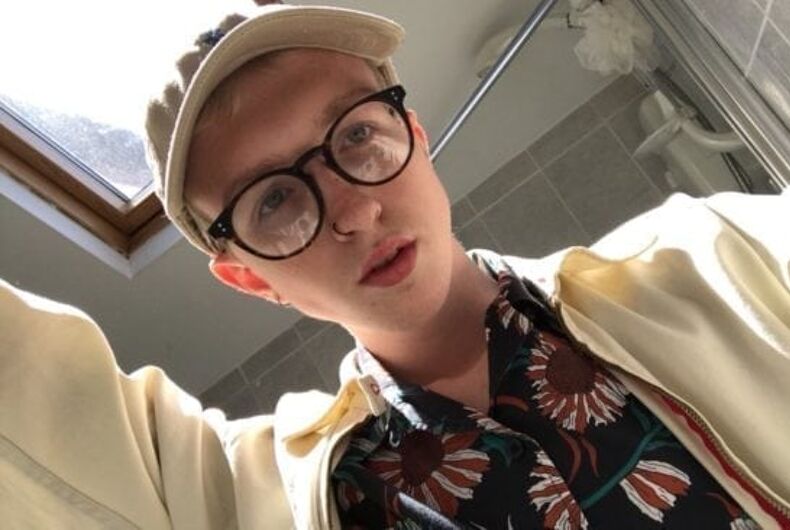 George Westwood, a 19-year-old gay man, thought he would get a tattoo to represent his HIV status. Instead, the tattoo studio he went to refused to serve him.

Westwood, a student at the University of Birmingham in England, went to Vida Loca studio located in Bolton. He paid a deposit for their services, and then told them about his HIV status.

“I rang them and told them about my status and the tattoo artist said she wasn’t sure if she was going to be able to do it, so she would speak to her boss,” Westwood told PinkNews.

Later that the studio called Westwood, refused to serve him and requested he come and pick up his deposit. The response left Westwood shaken.

“It did upset me, it did shock me – I nearly cried at work. I feel like I’ve made so much progress in such a short space of time, and it feels like all that progress has been thrown back in my face,” Westwood said.

The Vida Loca studio responded to complaints by raising their own concerns about exposure to blood that may carry HIV. The studio’s owner, Daniel Weston, was that the procedure would not be covered by their insurance, as well as his own concerns about HIV transmission.

“My personal opinion is that, even if I was insured, I personally wouldn’t want to do it, because there still is a risk. Why take a chance of a risk, and spreading the virus?,” said Weston on the Victoria Derbyshire Show on BBC Two.

While it is considered possible to transmit HIV using a shared tattoo needle or shared ink, the typical precautions taken by a hygienic studio would pose no such risk. There are no documented cases of HIV transmission due to tattooing.