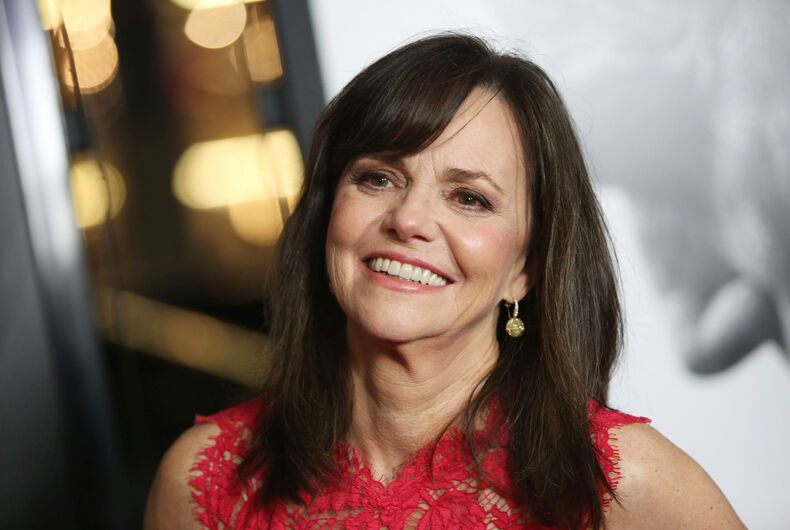 Sally Field arrives to the premiere of Lincoln during the 2012 AFI Film Festival in Hollywood, California.Photo: Shutterstock

One thing you can always count on: anything that reflects badly on conservatives will somehow morph into a tirade about the perfidy of liberals.

That’s the case with Roseanne Barr’s racist tweet that led to the cancellation of her show. Not content to be embarassed by a high-profile Trump supporter revealing the ugly underbelly of the president’s populism, the right has mobilized to make the episode about anything but racism.

It all started with the narcisist-in-chief, of course.

Trump’s response to the whole episode was to make it about him, demanding an apology from ABC for “the horrible statements made and said about me” on the network. In doing so, Trump effectively equated critical news coverage with racism, although he only bothered to condemn the former.

There quickly followed an epidemic of what-aboutism, otherwise known as false equivalency.

Conservatives were quick to complain about a whole host of targets. For example, the right complained that Bill Maher compared Trump to an orangutan and nothing happened. Charlie Kirk, head of the right-wing Turning Point USA, summed it up nicely.

Wait, Bill Maher makes comparisons to Trump being a gorilla all the time?

Bill Maher is a liberal, Roseanne is a free-thinking Trump supporter

Fortunately for the right, Samantha Bee provided the perfect distraction. Her vulgar attack on Ivanka Trump as a “feckless cunt” was tailor-made for the right-wing outrage machine. Bee made it possible for the right to complain that Barr was quickly canned while the liberal Bee kept her job.

Trump has demanded she be fired, not out of any sense that Bee crossed a line, but because she’s a critic, while Barr, whom Trump never criticized, is a supporter. After all, this is the man who was caught on tape talking about how as a star he was entitled to “grab ’em by the pussy.”

Bee has since apologized (but then again, so did Barr). But conservatives know a good thing when they see it, as former Bush press secretary Ari Fleischer knows.

Compare ABC’s reaction to Roseanne Barr’s tweet w TBS’s non-reaction to Samantha Bee and you’ll see a double-standard in action. There’s no uprising against Bee. Why? Because she is liberal. Because the MSM protects Obama and his aides, but not Trump. The hypocrisy is sickening.

Yes, Roseanne Barr’s racism is really about how terrible the Obamas were. Because they are exactly one and the same.

Let’s let Sally Field have the last word on the controversy, by bringing a little levity to the conversation.

I like Samantha Bee a lot, but she is flat wrong to call Ivanka a cunt.

This trans teen had to fight to use his real name at graduation. He won.