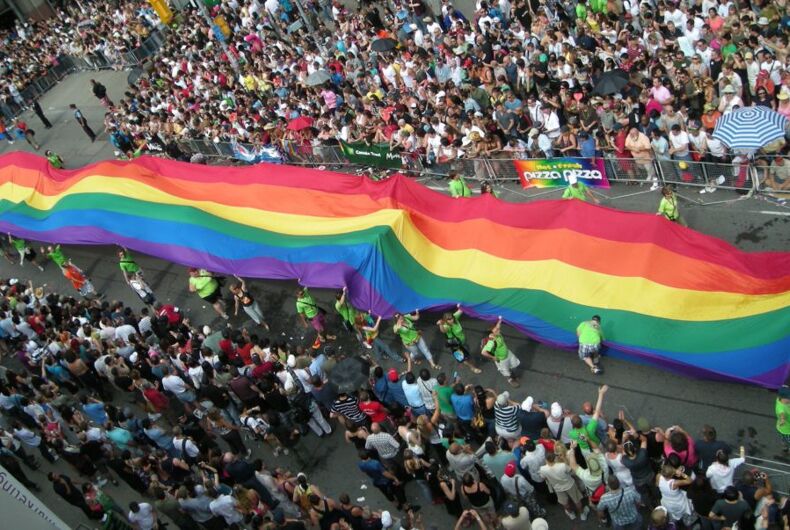 How does one create an icon?

If you’re artist Gilbert Baker, you’re inspired by the suggestion of colleagues and friends like Harvey Milk. In 1978, in San Francisco, Baker sought a different symbol than the Nazi-era pink triangle, so he and friends dyed and sewed the first Pride flags for San Francisco’s Gay Freedom Day Parade.

For Baker, it wasn’t easy growing up in Kansas, so he joined the Army and was stationed as a medic in San Francisco. After the Army, he started creating banners for anti-war and pro-gay protests.

Baker later worked for a local flag company. He created flags for the city and for the 1984 Democratic National Convention there.

In 1994, for Stonewall 25, the silver anniversary of New York Pride, he created what was then the world’s largest flag in the iconic rainbow colors. In 2003, to commemorate the flag’s 25th anniversary, he created a version that stretched across Key West, Florida, from the Atlantic Ocean to the Gulf of Mexico.

Baker died in 2017, at age 65. His iconic colors symbolize Pride and a movement.