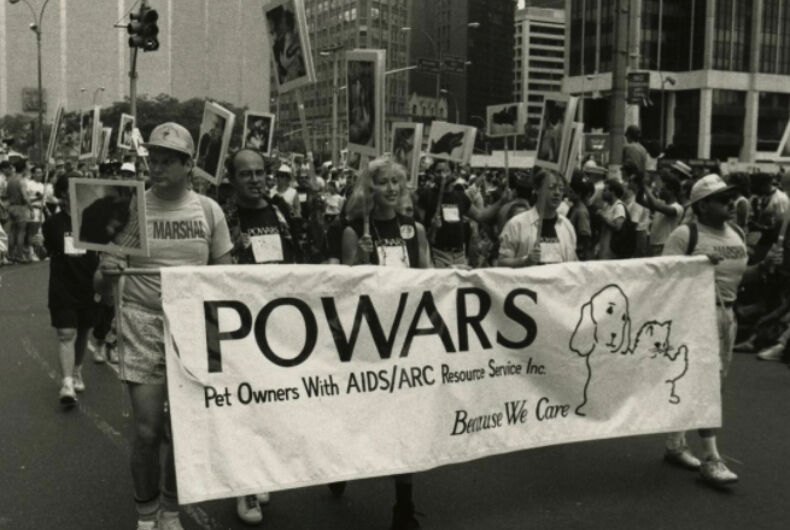 Pets are family to many LGBTQ people, and in the shadow of the AIDS crisis, it was a challenge to keep people with their pets.

Some patients no longer had the energy to care for one. Others could no longer afford their pet or had to move into more-affordable housing that didn’t allow them.

The separations made a terrible situation even worse.

But organizations like New York-based Pet Owners with AIDS/ARC Resource Service would step in during the ’90s. They’d provide food and care at little or no charge. They’d help keep pet families together.

The UCLA School of Public Health confirmed how AIDS patients benefited from their pets in a 1999 study.

“Pet ownership among men who have AIDS provides a certain level of companionship that helps them cope better with the stresses of their lives,” said psychologist Judith Siegel, a UCLA professor of public health and lead author of the report. “This is one more study that demonstrates the health benefits that owning a pet can provide.”

Christian colleges are being challenged by LGBTQ students. They go there.