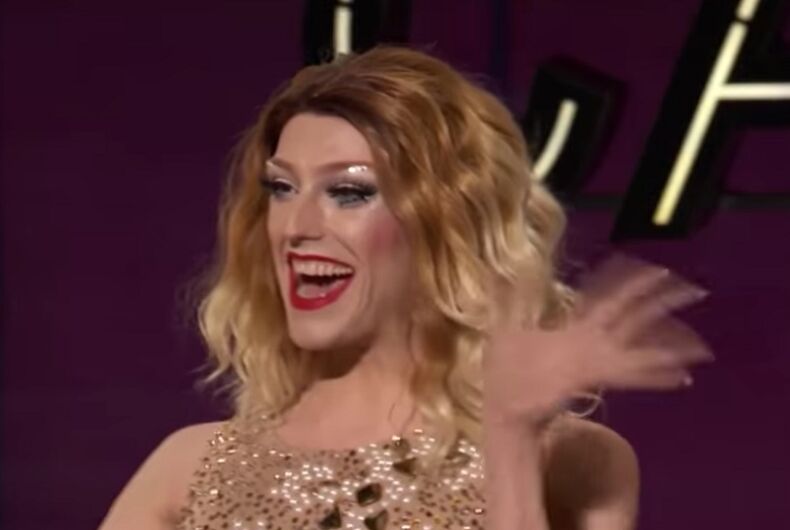 Jay Jackson – better known as Laganja Estranja from Season 6 of RuPaul’s Drag Race – auditioned for season 15 of So You Think You Can Dance on yesterday’s premier.

Going by “Miss Estranja” (maybe because Fox didn’t want a marijuana reference on primetime TV?), she talked about how she got into drag because she couldn’t find work as a dancer.

“I like to say that drag chose me,” Miss Estranja said. “When I graduated college, I had a really hard time getting a job as a dancer.”

“Everyone said I was too feminine. You know, my build is very slender, and so I just didn’t fit the mold.”

She then performed to RuPaul’s “Cover Girl,” in heels and make-up.

And, of course, without hip pads. While Laganja’s make-up has definitely evolved since her appearance on RPDR, she’s still serving up her trademark body.

The judges even seemed to like the drag culture she brought to the competition.

Laganja made it past the first audition, so expect The Academy to be full of drama.

Gilead’s new TV ads for PrEP will be unique. They include gay & trans people.