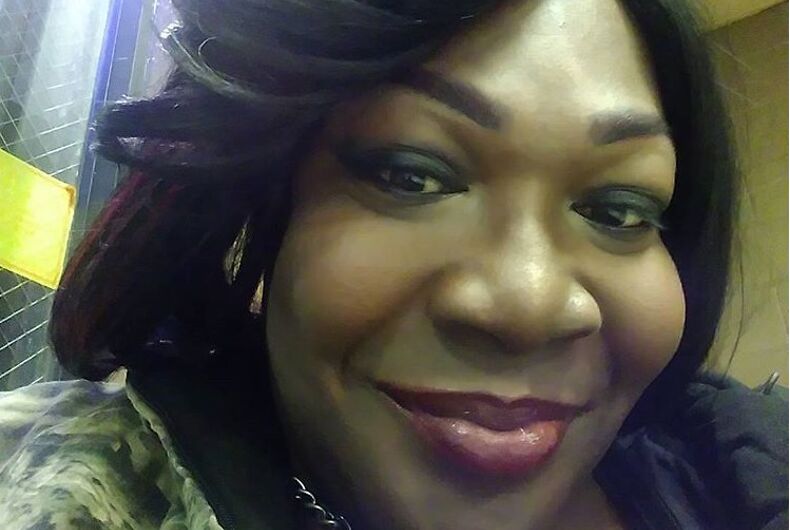 A transgender woman in Florida was found shot to death this past Friday.

Antash’a English, 38, was found between two abandoned buildings on Friday morning in Jacksonville, Florida, when a neighbor called 911 about a shooting.

English was taken to the hospital, where she later died. She was identified by the Jacksonville Sheriff’s Office yesterday.

Witnesses are not talking to the media for fear of retaliation.

Taliyah Smith, a friend of English, said that the victim was an “unapologetic” transgender woman.

“She was an unapologetic, bold and loyal person,” Smith said. “We met years ago while at a gay pageant. We both were entertainers.”

English was a performer at the LGBTQ nightclub InCahoots, where a benefit will be held on Thursday to help English’s family with the funeral expenses.

English is the second transgender woman who was killed in Jacksonville this year. In February, Celine Walker was shot in a hotel room. She is the 12th transgender person known to be killed in 2018.

Laganja Estranja slayed her ‘So You Think You Can Dance’ audition

If your religion tells you to discriminate, you’re following the wrong one