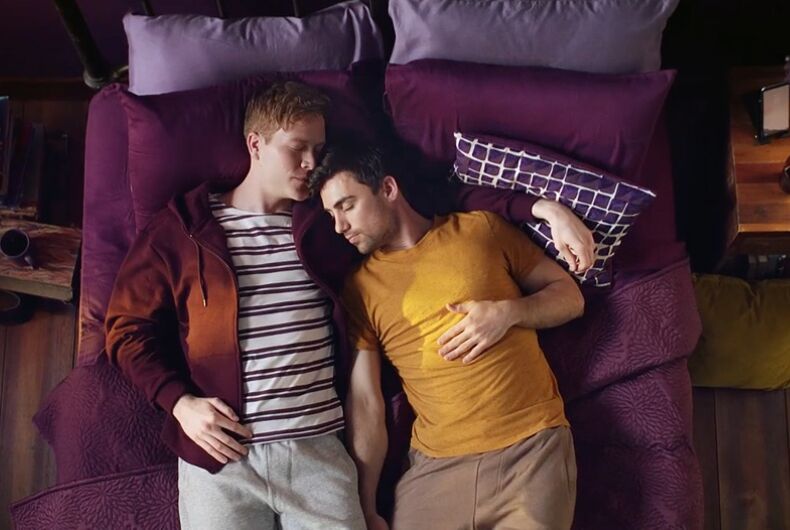 PrEP, or pre-exposure prophylaxis, will come be coming to the small screen as Gilead Sciences begins to advertise the drug on television. The advertisements are slated to begin airing this month with the first ad focusing on HIV testing and prevention.

The medication, sold under the brand name Truvada, is a once-a-day pill that prevents HIV transmission.

“When developing this campaign, it was important to us that the materials feature a diverse group of individuals who are representative of the communities most impacted by HIV, including young Black and Latino gay men, as well as cis-gender and transgender women,” said Gilead, in a release on the campaign.

The first such advertisement, titled “Honestly,” delivers on this featuring three groups heavily affected by HIV: youth of color, transgender women, and gay men. Each discussed their feelings and fears.

“I know I should get tested for HIV, but honestly, I’m afraid to find out,” says one of the characters in the ad, highlighting one of many common fears.

“Honestly, no one wants to this about HIV, but there’s things everyone can do to protect your sexual health,” speaks a black transgender woman, almost in response to others in the ad.

The advertisements are also tied to a website that presents users with information and materials focused on PrEP and other resources such as HIV testing and condoms. The first advertisement is also featured on the website.

The campaign itself isn’t new, having been started in 2016 and spread via sites like Tumblr and print ads. The addition of television spots, however, is a new step for the company in promoting the campaign.

The current television advertisement doesn’t specifically mention PrEP or Truvada, though later ads in the series are expected to. Their current ad buy goes through August.

Laganja Estranja slayed her ‘So You Think You Can Dance’ audition