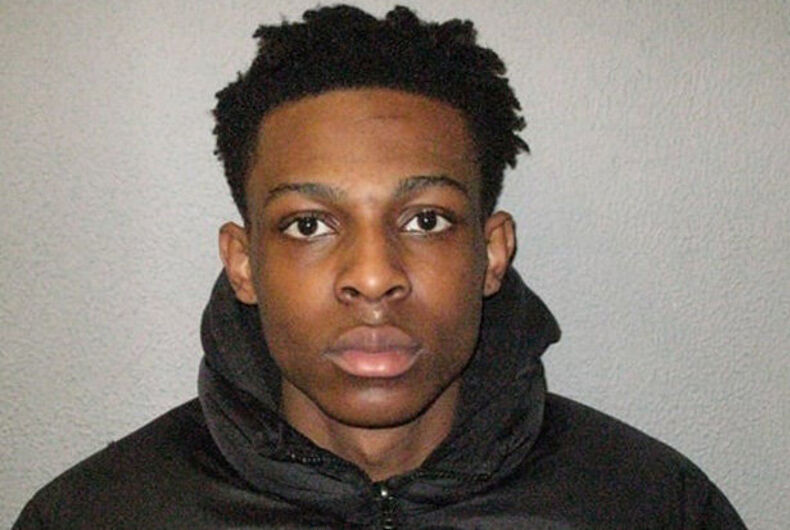 Paul Akinnuoye, 20, has been sentenced to life in prison for stabbing an autistic teenager to death in London. The two had been arguing over WhatsApp over which one of them was “straighter.”

The two belonged to the “Ice City Boyz” group on the messaging app when the argument started. Akinnuoye called 19-year-old Jordan Wright a “batty boy.” The term is a Caribbean slur for a gay man popular in reggae music. He also claimed Wright was “on another guy’s dick.”

Wright responded, saying “On your mum’s life I’m straighter than you.” The back and forth escalated from there until the two agreed to fight in south London.

Wright came unarmed, expecting a fist fight. Akinnuoye brought a knife and stabbed Wright multiple times until he was dead.

Akinnuoye fled the scene but was apprehended soon after. He claimed someone else had stabbed Wright, but the judge didn’t buy it.

“The trigger for this murder was an utterly trivial dispute on a WhatsApp group chat,” Judge Philip Katz QC said. “Jordan lost his life as a result of this pathetic goading on social media. Jordan’s death was as pointless as it was tragic.”

Akinnuoye will serve a minimum of 21 years behind bars.

“There is not one day when I don’t shed tears,” Wright’s mother said. “I could have dealt with him dying at such a young age through illness, but not by the hands of a boy the same age as him and over what?”