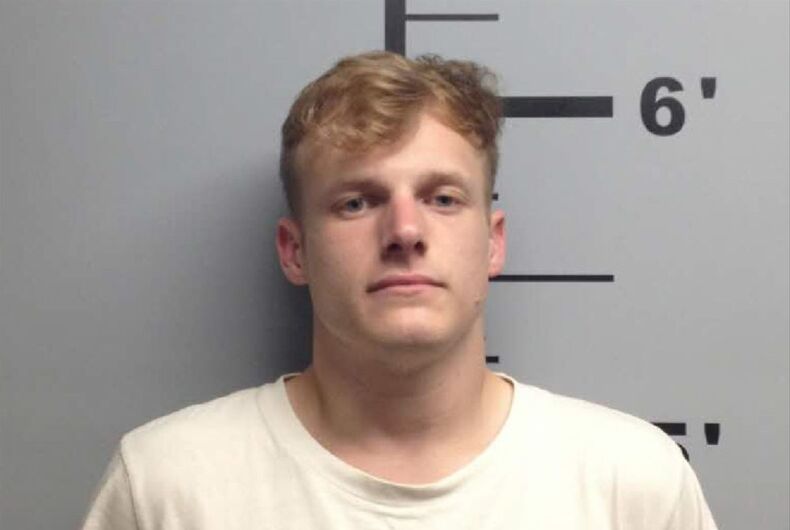 In a move that left a courtroom in shock, a man in Arkansas admitted to intentionally exposing himself to HIV so he could infect his sexual partners.

The suspect, Stephen Edward Koch, a 25-year-old Caucasian from Scranton, Arkansas, was initially arrested for drug charges, but charges against the main quickly mounted after an informant informed police that Koch was also in possession of child pornography.

Perhaps even more shockingly, he also pled guilty to attempting to expose another person to HIV according to the Northwest Arkansas Democrat Gazette.

Chief deputy prosecutor Stuart Cearley told the court that text messages and other materials found while police searched his computer on the other charges shows that he had sought to be infected with HIV.

He was the intending to go out on a double date, and not disclose his HIV+ status to his partners.

The judge was shocked.

“Just so I can get my brain around this, did I understand the state correctly; Mr. Koch intentionally contracted the HIV virus so he could then infect others” asked Circuit Judge Robin Green, according to testimony.

Judge Green told Koch that his actions would hurt others, which Koch admitted was his reason for seeking to be infected with HIV.

For his crimes, Koch will serve a 50-year sentence, with a suspended sentence agreement for 10 additional years after release. He will have to register as a sexual offender and enter the prisons treatment program for sexual offenders.

Koch will also not be allowed contact with minors.

Sessions cited the Bible to defend stealing children, but he omitted a key verse

He killed his friend to prove he was ‘straighter.’ Now he’s going straight to prison.