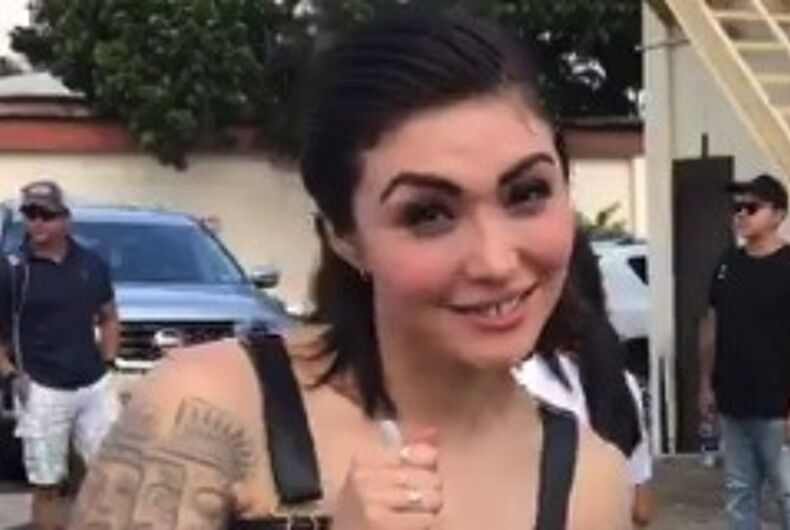 The paleo-veterinarian in Jurassic World: Fallen Kingdom is a lesbian. So we hear.

But the brief dialogue that establishes it fell to the cutting-room floor — or went the way of the dinosaurs, whichever cliché you prefer.

No spoilers here for the June 22 release, but Daniella Pineda, who plays Dr. Zia Rodriguez, has described some of her character’s getting-to-know-you interaction with Owen, played by Chris Pratt.

Pineda tells Yahoo Entertainment, “I look at Chris, and I’m like, ‘Yeah, square jaw, good bone structure, tall, muscles. I don’t date men, but if I did, it would be you. It would gross me out, but I’d do it.’”

It wasn’t lost on Pineda that her character is referring to the Chris Pratt.

“The hottest guy in the world, and I’m like, ‘It would gross me out, but I guess I would do it!’”

The lesbian reference, though, goes for naught. Pineda says director J.A. Bayon and producer/co-writer Colin Trevorrow cut the bit of dialogue to shorten the movie.

A few seconds saved, some insight hidden, maybe for the next installment. Unless the good doctor becomes a dino dinner.

Fascism is now the ruling party in the United States. Thanks Trump.