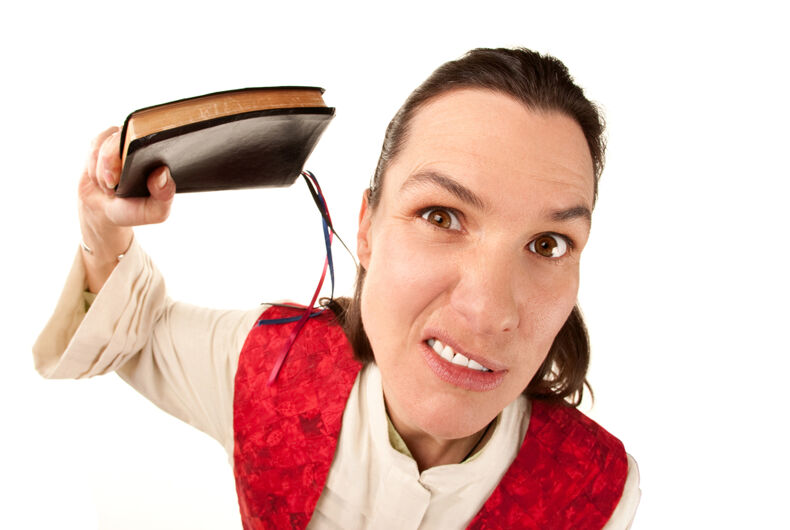 Doug Mainwaring, writing for Life Site News, feels that Pride Month should be referred to as “Sodomy Month” or even “Let’s Sexualize Children” month.

“Let’s face it: The term ‘Pride Month’ as used by gays is a euphemism, a ruse,” says Mainwaring. “June is more appropriately called ‘Sodomy Month,’ because sodomy is the glue that holds the entire movement together and drives it forward. It’s the reason the LGBT acronym exists.”

Life Site News is a website hosted out of Toronto, Ontario, with a strong Catholic focus.

Mainwaring took things even further, suggesting “Come and Join Satan in Mocking Christ and His Bride, the Church” as an alternate.

Judson Philips, writing in the Washington Times, suggests that “Pride Month” should instead be “Liberal Fascism Month,” claiming that “the liberal fascist mob” is stopping people from attacking LGBTQ people.

Philips cites the recent termination of CrossFit’s “Chief Knowledge Officer,” Russell Berger, who was let go after taking to Twitter to declare “pride” a sin, and supporting a CrossFit location’s choice to cancel a workout in honor of Pride Month.

When workers and clients protested, the Indianapolis CrossFit location was shut down, and Berger was eventually let go for his comments.

Phillips feels that CrossFit should have kept him on, in spite of the harm he was doing to their business.

“This is the new liberal fascism in America,” said Philips. “Now, tolerance is not enough. You must be forced to participate, regardless of your beliefs.”

Julio Severo, writing on BarbWire, a right wing conservative website run by Matt Barber, shared similar opinions. Severo voiced his frustration with Google show their support for Pride Month on their own website.

“I was searching through Google last week when the Google page flashed before my eyes, ‘Celebrate Pride Month’ #ThisIsFamily. This propaganda was accompanied by homosexual flags,” said Severo.

The site featured three flag emoji in the small notice at the bottom of their main page, with transgender and bi pride flags alongside the classic rainbow flag.

“A whole month to celebrate… perverted homosexual sex and pervert the meaning of family for the advantage of the homosexual agenda,” states Severo. “Cannot Google dedicate a whole month for the celebration of the natural family?”

Severo complains that Google has never mentioned Christmas or Easter, which he cites as celebrations “massively recognized by Americans.” The popular search engine doesn’t mark religious holidays – only secular ones.

To prevent Google from celebrating pride month on their website, Severo suggests the government intervene “militarily,” suggesting that troops me sent to Google headquarters to, “stop its abuses against its users and the American family,”

It is unclear if the White House has responded to Severo’s demand for an occupation of Google headquarters. But it wouldn’t be too shocking at this point in the Trump administration.

Cher & Meryl Streep saved a woman who was being sexually assaulted