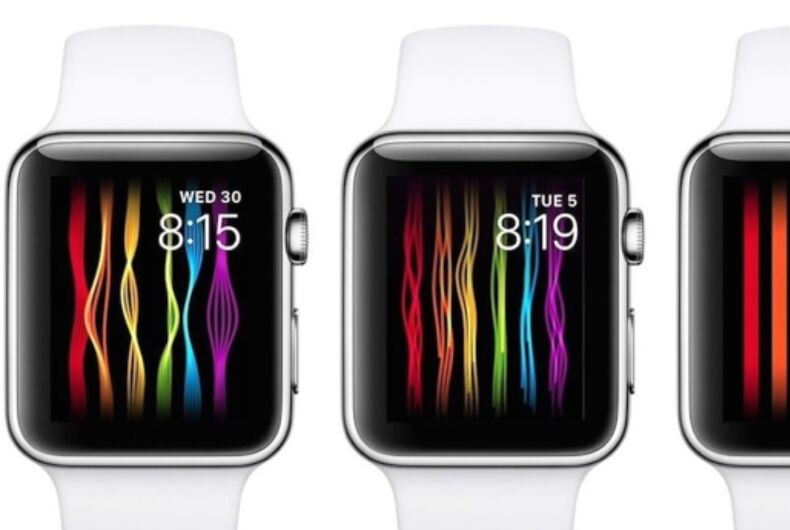 Apple released a limited edition rainbow colored band for it’s popular iWatch last June, but this year current customers won’t have to pay to show their pride. The company will launch a new watch face for the electronic device today – and it will be available for free starting today.

Inspired by the rainbow flag, the face features vertical rainbow colored stripes that “dance” when you touch it. Every time you touch it, the face moves in a different way.

9to5Mac reports that the face will become available to the public following the company’s World Wide Developer Conference keynote address today. The site reports the face will go live at noon Pacific/3pm Eastern.

Apple CEO Tim Cook came out in 2015, saying “People need to hear that being gay is not a limitation.” The company has been a vociferous supporter of LGBTQ rights and regularly speaks out against anti-LGBTQ federal and state measures.