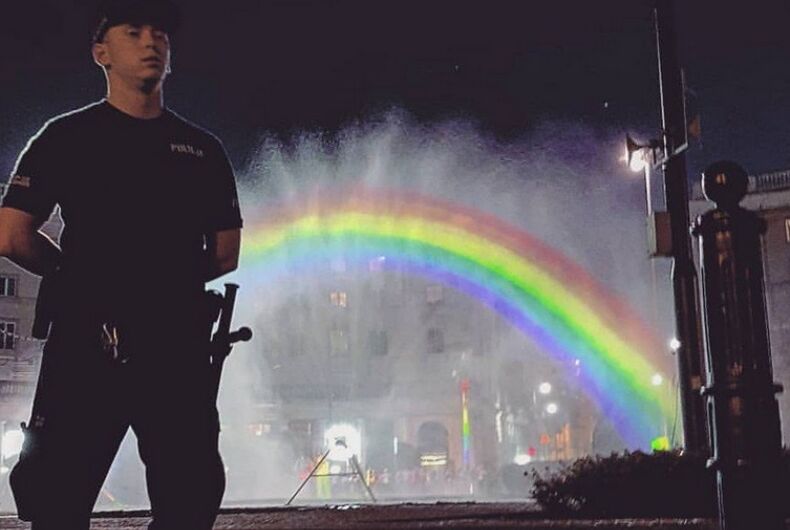 Since it was built in 2012, the rainbow in Plac Zbawiciela in Warsaw has been vandalized and attacked numerous times.

The rainbow was eventually taken down in 2015, when the license ran out.

Now a new rainbow has been installed, one that can’t be burned down because it’s made of light and water.

The monument’s creators said it is “an unbreakable symbol of love, peace, LGBT rights and equality.”

Turnout at Warsaw Pride this weekend may have been the highest ever.

“The worse the political atmosphere, the better the atmosphere at the parade,” Michal Niepielski, a radio technician, told The Washington Post.

“People are fed up with feeling like they are under a boot and being trampled down. And they are reacting, they are organizing, they are resisting,” said Hubert Sobecki of the LGBTQ organization Love Does Not Exclude.

According to Julita Wojcik, the artist who made the original rainbow, it wasn’t meant to be an LGBTQ symbol at all.

“The colors the rainbow on flags used in the past symbolized a new era, hope, social change, world peace and even, in Poland in the past, cooperation,” Wojcik said.