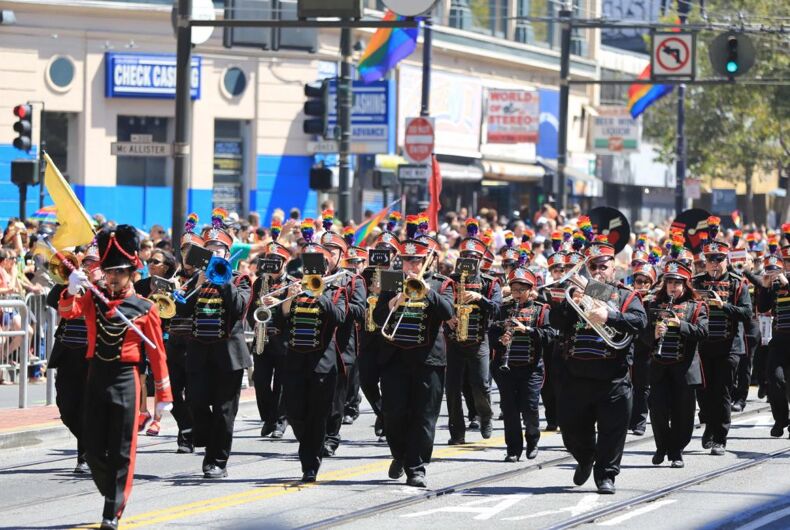 No parade is complete without a band, and leading the way in San Francisco is the Lesbian/Gay Freedom Band — playing with pride since 1978.

It’s now known as the San Francisco Lesbian/Gay Freedom Band. Besides marching in Pride, the band performs four concerts a year. A true community band, it was named the official band of San Francisco on its 20th anniversary, in 1998.

Also in 1978, Sims founded San Francisco’s world-renowned Gay Men’s Chorus. He died in 1984, an early victim of AIDS. At his well-attended funeral, in City Hall, a friend eulogized him:

He offered “an alternative to the baths and the bars.”

We are the American majority & we will never surrender