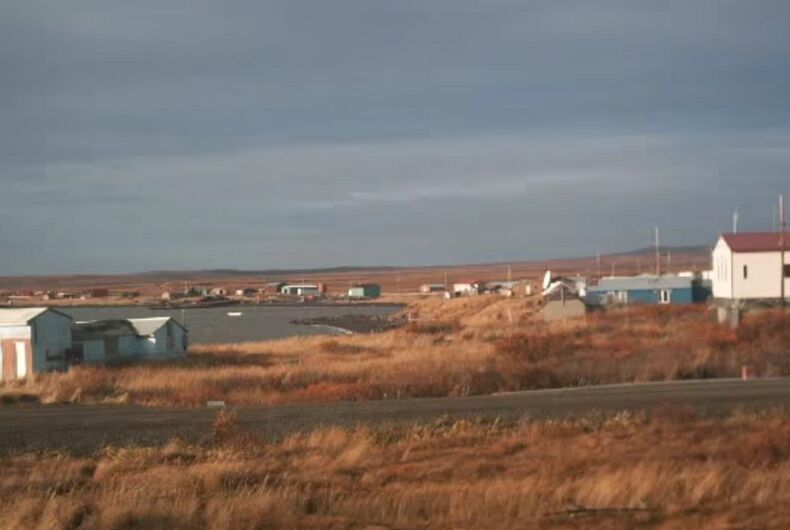 A woman in St. Michael, Alaska, is accused of ordering the rape of a man who failed to pay his drug debt to her.

Julia Haworth, 30, is facing charges stemming from an assault that occurred in April, 2017, where prosecutors say she promised Austin Matthias, 24, a bottle of alcohol in exchange for raping a man.

The victim told police that he didn’t remember much from that night after he got punched in the face by Matthias. The next day, he woke up in severe pain and had a broken nose.

A witness told police that Haworth “let” the victim and Matthias get drunk and then said, “Austin, I’m going to need you to rape [the victim].”

Matthias responded with “Sure.”

The witness said that the victim owed Haworth $15,000, and letters written by Matthias in jail say that the debt may have been as high as $27,000. Matthias is also suspected to have a debt to Haworth.

“I’ve never seen or heard of a case like this before,” said Assistant District Attorney Tom Jamgochian.

St. Michael is a remote town in western Alaska with a population of 400. The sale and consumption of alcohol is banned there.

The town is one of many in remote parts of Alaska where alcohol is banned. Alcohol is often smuggled in through the U.S. Postal Service and the price of a bottle of hard liquor can be as high as $300.

HIV’s viral ‘cousin’ is infecting people worldwide. So why is no one researching it?