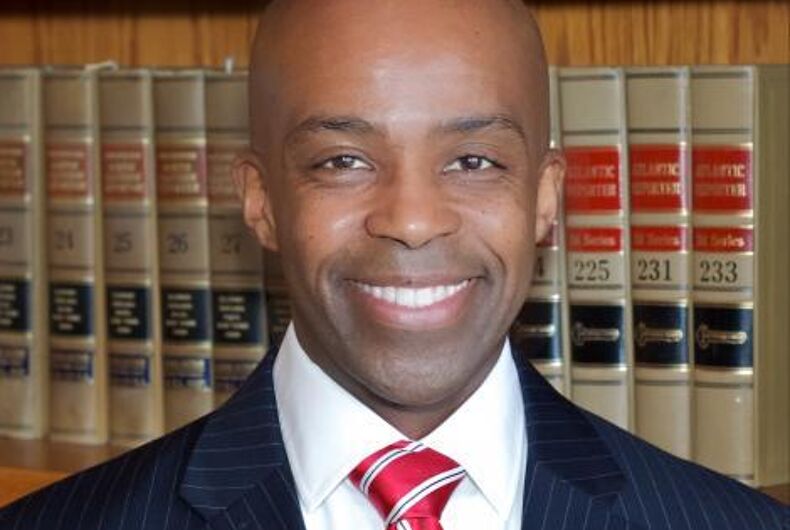 New York Attorney General Eric Schneiderman knows how swift justice can be – first hand. Within hours of The New Yorker publishing allegations that Schneiderman had physically assaulted four women with whom he had relationships, he had resigned from his position.

Schneiderman regularly filed cases in support of LGBTQ rights. He’s also has been a high-profile opponent of President Trump, filing  a lawsuits against Trump University and taking a lead role in the legal challenge to the president’s travel ban. His replacement will quickly step into the spotlight as one of Trump’s chief legal nemeses.

Among Schneiderman’s potential replacements is Alphonso David, Gov. Andrew Cuomo’s chief counsel. David’s appointment would be a particularly pointed statement by the state legislature, which will name Schneiderman’s successor. In addition to being a gay black man, David is also the son of immigrants.

After graduating from law school, David worked at a law firm in Philadelphia and corporate counsel at a company in California. But following the Supreme Court decision striking down sodomy laws as unconstitutional, David decided to focus on human rights, accepting a position at Lambda Legal Defense.

David isn’t the only name being bruited about for the position. Preet Bharara, whom Trump fired as a U.S. attorney last year, is also being mentioned. Bharara earned a reputation as an aggressive prosecutor and would follow in Schneiderman’s footsteps in pursuing questionable dealings by Trump.

The ultimate decision will be a political one, of course. But David offers a compelling personal narrative that counters the Trump worldview. Whoever is the choice will certainly have no shortage of opportunities to challenge the president for his lavish disrespect for the law.