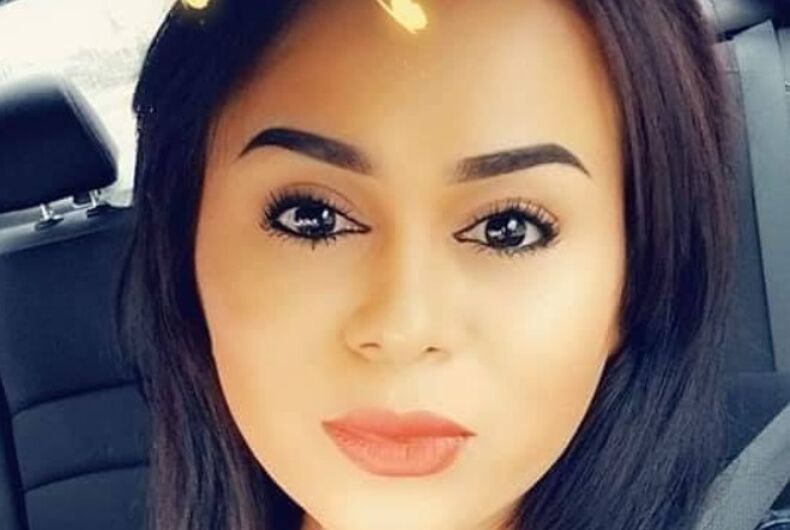 Police have little information about why a transgender woman was killed in her apartment in Dallas on Wednesday.

Karla Patricia Pavón, 26, was found unconscious in her apartment at 4:17 p.m. when the fire department showed up responding to a call. When they saw that she had been strangled, they called police.

She was pronounced dead later at the hospital.

A witness said that a man with short hair exited her apartment that afternoon. Police have not made any arrests and say they only have a vague description of the man.

A source told CBS11 that Pavón met a man in a chat room and invited him over to her apartment.

Investigators said that they do not believe that it was a hate crime. “There is no evidence at this time that suggest that this homicide was a result of a hate crime.”

At a press conference, police appeared to blame the victim.

“You’ve always got to be aware of your surroundings, kind of be mindful of who your interactions are with,” said Dallas Deputy Police Chief Thomas Castro.

“If you do meet somebody out, you don’t know that person well, maybe notify a close contact or an acquaintance that you are having company over.”

It is unlikely that advice would have prevented this murder.

Her friend Gia York Herrera said that she was a “good-hearted person.”

Police are asking anyone with information about the murder to call 214-671-3661.

Pavón is the ninth known murdered transgender woman this year.

Note: The victim was referred to as “Carla Patricia Flores-Pavon” in the police report, but went by “Karla Patricia Pavón” on social media.

Only one city is willing to host the Republican convention in 2020. Guess which one.

LGBTQ youth are twice as likely to face homelessness