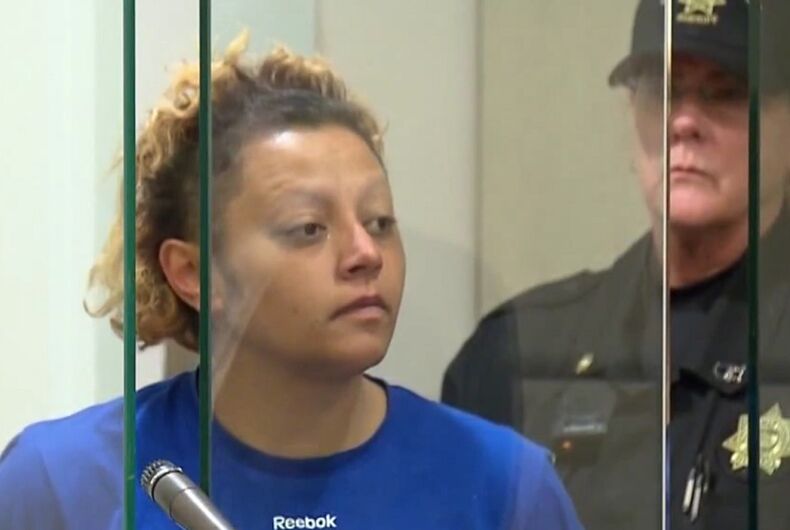 Sophia Adler, suspected of killing Gigi Pierce, was immediately arrested at the scene of the crime.Photo: Screenshot/KOIN

A transgender woman was shot to death in Portland, Oregon.

Sophia Grace Adler, 33, was immediately arrested for the murder of Gigi.

Patricia Hart, a friend of Gigi, said that the victim was originally from Boise, Idaho, and that she was homeless in Portland. Hart said that Gigi was trying to help Adler get off drugs, but Adler turned on her.

“It was just a rumor,” Cagle said.

“She’d give you the shirt off her back and feed you if she could,” Hart said of Gigi. “She spent $90 and fed all the women in the shelter.”

“She’d talk to anybody,” Cagle said. “She’s going to be missed.”

Adler was found still at the crime scene when police arrived.

“Then I come out this morning and they all tell me to sit down, to tell me that we lost her, that she was shot in the chest and died,” Hart said. “I’m devastated. I’m heart broke.”

Gigi is the 11th transgender person murdered in 2018 known to the media.