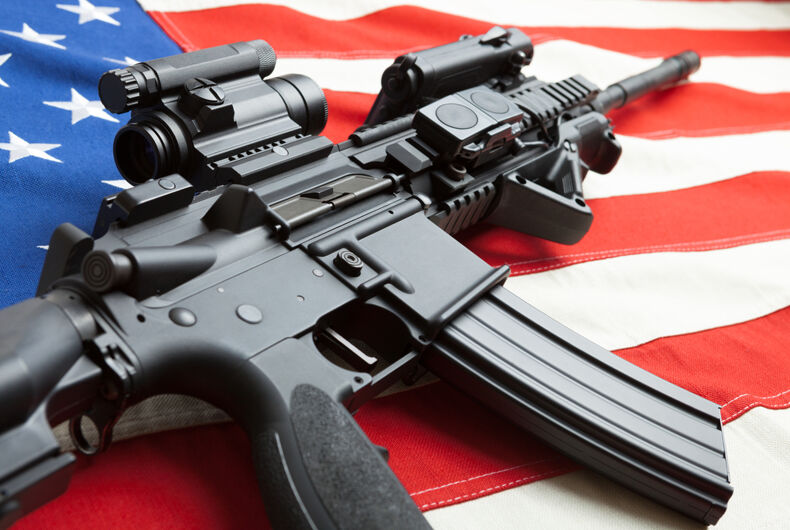 Question #1: Do you hear “Yanny,” “Laurel,” or something entirely different?

Question # 2: Do you consider it as “common-sense gun safety regulations,” as “an assault on our basic freedoms and on the Second Amendment,” or something entirely different?

While the first question depends on one’s internal neural wiring and on the differences in electronic devices, the latter hinges on many factors, including one’s social, political, regional, and spiritual environment and development.

For those who see firearms regulations as freedom killing, consider that more students and school personnel have been killed in schools across the U.S. than have military service members in international trouble spots since Donald Trump has taken office as the 45thPresident on January 20, 2017.

Though we cannot blame Trump personally for these shooting deaths and injuries, he along with legislators who accept money and support from gun lobbies, most notably the National Rifle Association, are complicit in the epidemic that plagues our nation.

It is no mere coincidence that conservative anti-science legislators who oppose environmental regulations that could save our planet also oppose limits on the manufacture, type, and sales of firearms that could save lives.

They appear to care even less that overhunting by private individuals and commercial hunters has resulted in dangerous depletions and extinctions of several species. In addition, the lead from spent bullets that has seeped into the soil and ground water contaminates the environment and seriously threatens our health, all with little governmental monitoring.

Anti-regulation advocates march lock stepped under the banner of “Personal Freedom and Control.” But ask yourselves how free are we when students fear going to school, and parents worry they may never see them return home alive? How much control do each of us really have in a country with a virtual limitless supply of and access to firearms?

On average, each year gun violence snuffs out an estimated 11,000 human lives, over three times the number of people killed on 9/11, with another 22,000 taken in accidental firings and suicide.

The U.S. government has long since defined groups like Al-Qaeda, the Taliban, and ISIS as terrorist organizations.

Now as reports surface of a tragic shooting by a 17-year-old at Santa Fe High School in Texas, with an estimated 9 students and 1 teacher killed and another 10 people injured, when will we finally designate the NRA and other so-called “pro-gun” groups what they really are: domestic terrorists organizations?!

For us to begin to tackle this scourge of death and to deploy a certain amount of freedom and control, volunteer and vote out members of all legislative and administrative bodies with an NRA rating of A, B, or C or who accept any of their blood money.