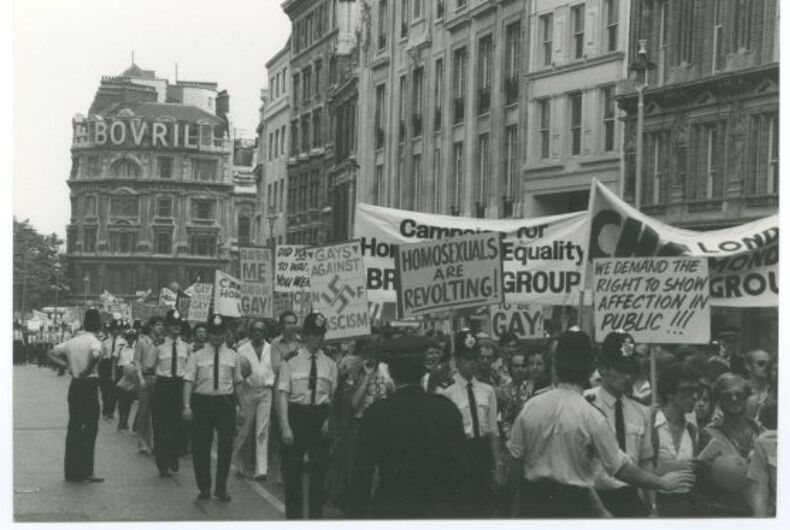 Take that number and keep multiplying. You may eventually surpass the million marchers now at London Pride. You’ll eventually tally the multi-millions at Pride in São Paulo, Madrid and Toronto.

But, in 1972, London’s Pride marchers were as brave as their American counterparts, with police marching alongside them — a visible reminder of the uneasy relationship between police and LGBTQ people.

From its humble start, London Pride grew significantly in the late 1980s, as the U.K. debated Section 28, the notorious 1988 mandate against the public promotion and teaching of homosexuality. It was the wedge issue of then-prime minister Margaret Thatcher’s Conservative Party.

Yet it galvanized the gay-rights movement before Scotland repealed it in 2000, and the rest of the U.K. in 2003.

The Pope says God makes some people gay. Now get over it.