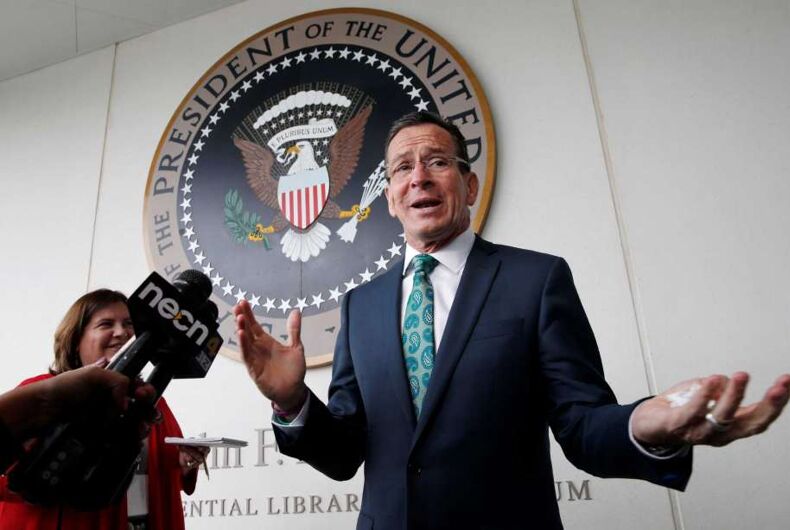 Connecticut’s Department of Children and Families (DCF) will start an initiative to get more LGBTQ people to consider being foster or adoptive parents.

At stake are the 4300 children in state care. About half of them will not go back to their families of origin.

Governor Dannel Malloy said that he wants his state to be known for welcoming LGBTQ parents.

“We just have to get this word out,” he said. “We have to get more of our children placed with our families in our state.”

DCF plans on working with LGBTQ organizations like the Connecticut Gay and Lesbian Chamber of Commerce and LGBT community centers to encourage more LGBTQ parents to apply.

Joette Katz, commissioner of DCF, said that there are about 100 LGBTQ parents in the state’s system, and she wants to raise that number to 250 by the beginning of next year.

The announcement comes after several states have passed laws making it more difficult for LGBTQ parents to foster parent or adopt.

Last week, Kansas passed a law that allowed adoption agencies to refuse to place children with LGBTQ parents. Oklahoma passed a similar law and Georgia’s legislature voted for one earlier this year.

Shannon Smith, who adopted two children with his husband Ross Stencil, said that other states’ laws make it important for Connecticut to reach out.

“I think it’s nice DCF is pulling out the stops to really let people know, ‘Hey, your love is just as good as anybody else’s. Don’t listen to that other garbage that everyone is saying. If you’re a great parent, we’re going to get you a kid,” he said.

The Pope says God makes some people gay. Now get over it.