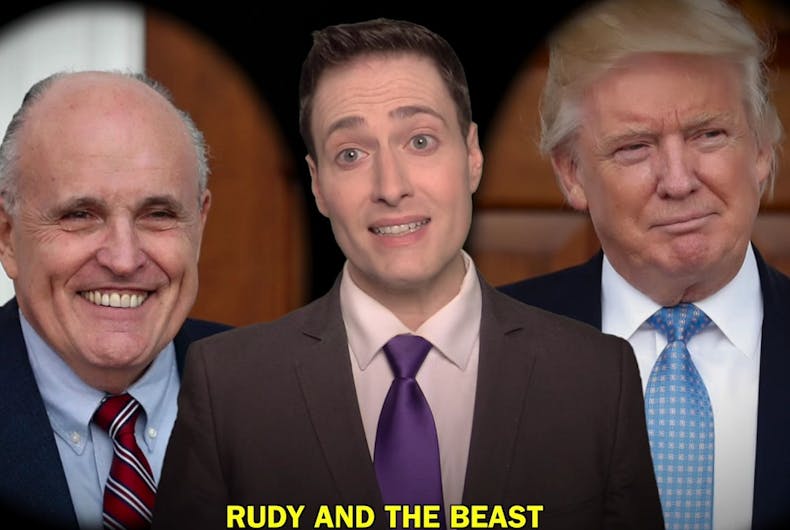 Randy Rainbow’s latest video goes after Rudy Giuliani’s statements from last week about a few of the investigations into Donald Trump.

Giuliani joined Trump’s legal team last month, and he started making statements to the media that conflict with Trump’s defenses.

For example, Giuliani told Sean Hannity that Trump repaid Michael Cohen after he gave Stormy Daniels hush money… except Cohen has previously said that Trump knew nothing about the hush money.

Set to the tune of Disney’s song “Beauty and the Beast,” Randy’s latest parody is totally worth watching.

Did Rosie O’Donnell give illegal campaign contributions to Democrats?