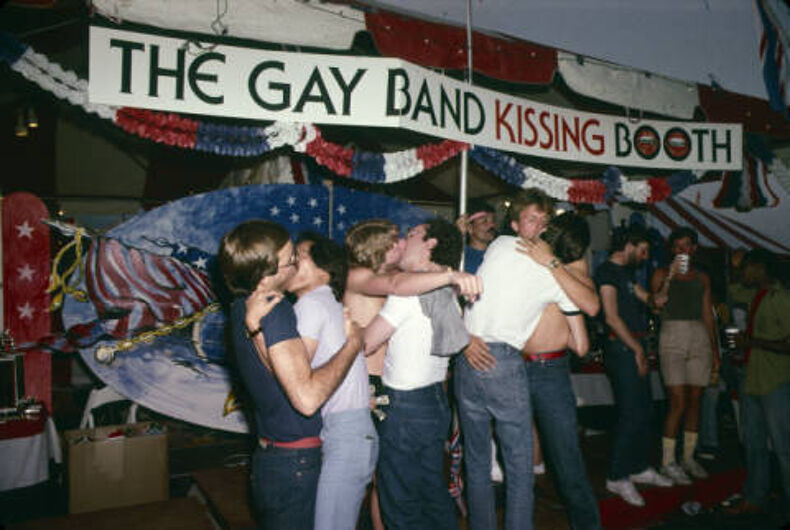 The passion ran strong at this 1982 kissing booth at Los Angeles Pride.

LA’s Christopher Street West Pride Parade hosted the nation’s first kissing booth, just before the 1970 Christopher Street Gay Liberation Day in New York City. And in the 1980s, the LA parade moved to West Hollywood, which incorporated in 1984 and has become one of the biggest LGBTQ-friendly locales.

Such public displays of affection were common features of early Prides. The shock value sent an important message to heterosexuals — We’re here. We’re queer. We’re not going away.

The kissing booth has played an important role in our history, too.

In the late 1960s and into the ’70s, gay-rights pioneer Barbara Gittings worked to compile materials for gays and lesbians in libraries. She joined and eventually led a gay caucus within the American Library Association, and she pushed the ALA for more visibility for gays and lesbians.

At the group’s 1971 convention, with more than 8,000 in attendance, Gittings staffed a kissing both, under the banner “Hug a Homosexual.” When no one took advantage of the opportunity, she and author Alma Routsong demonstrated before TV cameras that broadcasted the local news, twice that night and again the next morning.

People who think gay people are born that way support gay rights. Why?