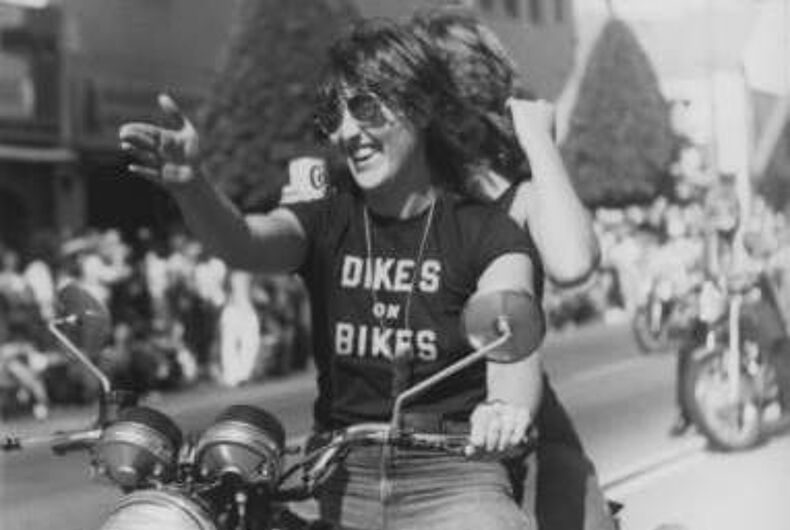 Dyke. Queer. Fag. The taunts have rolled off the tongues of bullies, but we have reclaimed the words on their own terms.

There’s no statement stronger than Dykes on Bikes.

The group formally led the San Francisco Pride parade in 1976 — moved to the front so the machines could pace the walkers —but some history precedes that presence. As women volunteered in World War II, they took jobs traditionally reserved for men. Lesbian literature linked women and motorcycles, and recruitment posters exuded the era’s classic butch style.

Also known as the Women’s Motorcycle Contingent, the group embraces all forms of sexuality and expression. It fought for and won trademark for Dykes on Bikes in 2006.

Pride flag waves over South Pole for the first time