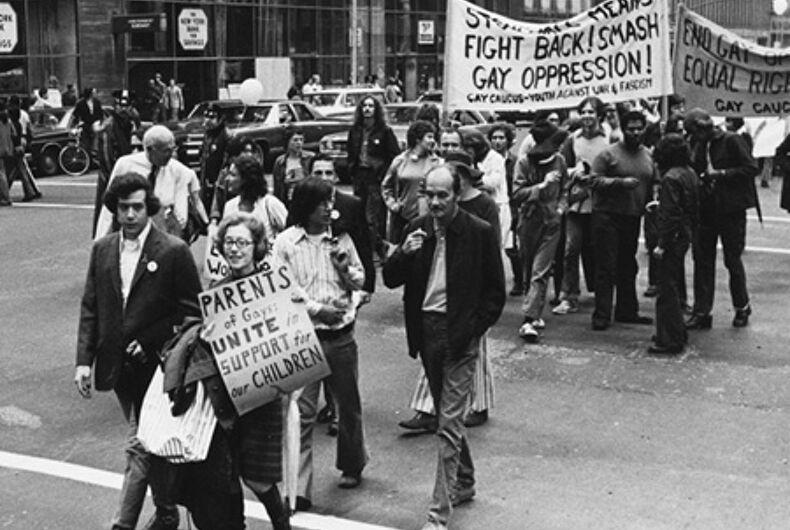 Jeanne Manford (front) marches with her now-famous sign in the 1972 Christopher Street Gay Liberation Day parade. The next March, Manford launched what would become Parents and Friends of Lesbians and Gays, now with thousands of members in hundreds of chapters. Photo: New York Public Library

Morty Manford — Jeanne Manford’s son — was an activist before his mother was.

But Jeanne become an activist, too, after Morty was beaten in April 1972. He was distributing leaflets alongside the Gay Activists Alliance outside the New York City performance of the Inner Circle, a parody show performed by journalists for politicians, judges, and union members.

Jeanne stood up for her son. The mom/elementary-school teacher wrote a letter to the New York Post to denounce police inaction to her son’s beating. In June, she joined other allies who marched in support of gays and lesbians in the 1972 Christopher Street Gay Liberation Day.

Other parents of gays reached out to Jeanne, and PFLAG was born. She led the first meeting of Parents and Friends of Lesbians and Gays in Greenwich Village in March 1973. Similar groups sprouted across the country to provide safe havens and mutual support for parents. It now has 400 chapters and 200,000 members.