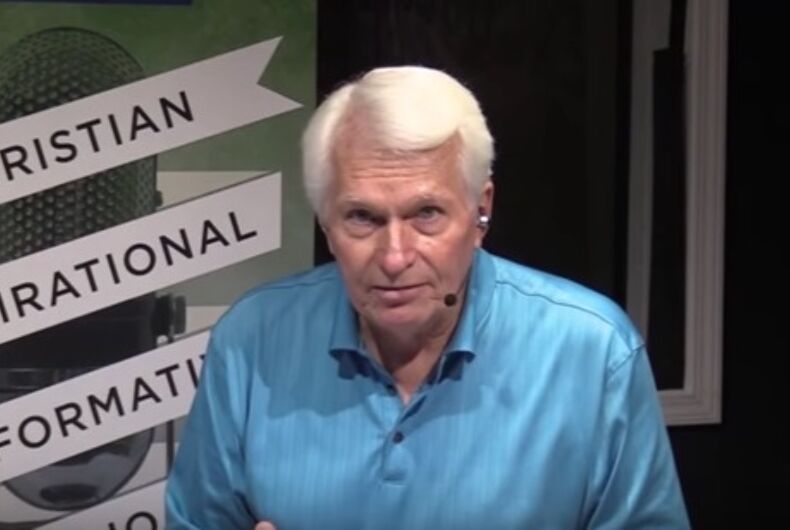 The American Family Association (AFA) is a hate group masquerading as a Christian organization. Bryan Fischer, former spokesperson for the organization, is such an extremist the group cut ties with him as an executive.

Instead, he has his own show on their radio network, where he broadcasts xenophobic, racist, and, of course, anti-LGBTQ propaganda into Christian homes nationwide. A “religious” version of Infowars’ Alex Jones, Fischer traffics in conspiracy theories, fake legal analysis, hate speech and far right politics.

This time he’s telling his conservative followers that only Christians have First Amendment rights.

“The blunt, simple, direct, straightforward answer is that Wiccans do not have First Amendment rights. Nor do Muslims, nor do Jews, nor do Native Americans, nor do Rastafarians, nor do any practitioners of any other religion other than Christianity,” Fischer said on his program.

In reality, every American has the rights guaranteed by the Constitution. This isn’t the first time, Fischer has made similar claims.

A similar organization, Focus on the Family, recently declared itself a church, saying all employees were members and the workplace cafeteria is their sanctuary. The move allows them to hide the names of donors in tax paperwork.

5 ways cannabis can change how you have sex

Would you trust Facebook’s dating service with your hook up pics & preferences?