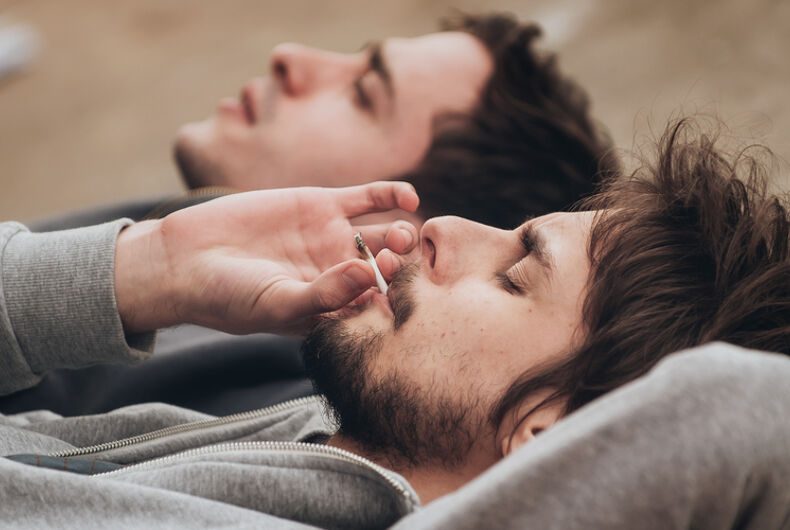 Cannabis legalization is spreading like a, er, weed, with the popular plant now being legal to use in nine of the United States and the District of Columbia, while lawmakers who formerly opposed relaxing drug laws on marijuana now hopping on the bandwagon to legalize it.

The effects of THC, the chemical that most contributes to the high in cannabis, are well known when it comes to your brain – but what will marijuana do to your sexual function? We’ve collected a few of the ways pot can enhance or hinder your fun.

According to a study in the Archives of Sexual Behavior by researchers at New York University and Johns Hopkins University, cannabis use can promote feelings of sexiness and euphoria, leading one to be more turned on overall. At the same time, you might find yourself just as interested in seeing a movie or couch locked and lost in your own little world.

Ah, yes, you’ll be in touch with the cosmic consciousness, or perhaps you’ll just be a bit more intimate thanks to the “taboo” still associated with pot use – especially in those locations that still haven’t legalized its use. You can expect to be a little more “in touch” with whomever you decided to get stoned with, experts say. Still, many users say they feel randier after a few hits.

You might be able to last a little longer

Many marijuana smokers report that they felt their orgasms were longer lasting and more intense while high. But since many say that time felt slower when stoned, it’s not sure if things are actually more intense or just feel like they are. Either way, who is going to complain?

Sexual function may be impaired

It’s not all fun and games. Men have reported issues with gaining and maintaining an erection, while women have said that marijuana use has impaired their ability to be “naturally lubricated.” You might even find your mind wandering at the worst times, making it hard to keep a focus on orgasming or your partner.

Those who do it, want to do it again

Unlike the regret that often comes with having sex while drunk, doing it under the effects of cannabis tends to make people want to repeat the experience. What’s more, while you may be overall pickier about your choice in partners while high, a 2009 study by the Australian Research Centre in Sex suggests that frequent pot users are also more likely to have multiple partners.

Of course, everyone’s experience may differ, and things can be further complicated by the use of different strains of cannabis – not to mention all the ways to use it. As with any of the above, your mileage may vary.

And remember, check your local laws. Cannabis use isn’t legal in every state.