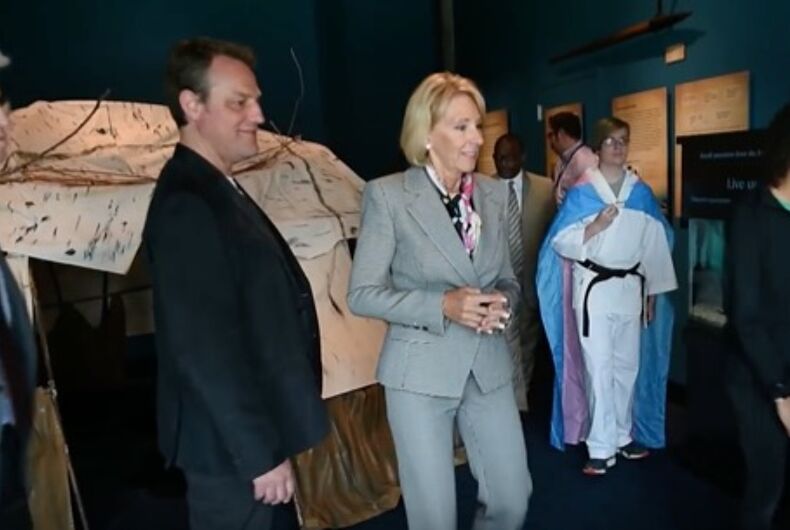 Torin Hodgman is our hero today.

The genderqueer 8th grader quietly trolled Education Secretary Betsy DeVos during a tour of the Grand Rapids Public Museum School. They wore a transgender flag wrapped around their neck the entire time the Trump cabinet official was in the building.

Hodgman says they did it to show DeVos, who has infamously refused to protect trans students’ civil rights, that “public schools are a place for all children.”

They didn’t get a chance to ask a question during a roundtable discussion with the Secretary, but had one prepared according to MLive: “What is DeVos doing to ensure schools are safe learning environments for LGBT students and others who are questioning their gender identity?”

DeVos has a history of undermining policies that protected LGBTQ students from discrimination.

She appeared at a hearing before the Appropriations Committee earlier this year to discuss her proposed budget for the upcoming year, which includes $1 billion for a school choice program, which would put federal money in the pockets of private schools.

Democrats wanted her to assure them that the money wouldn’t fund schools that discriminate against LGBT students. She refused to make that promise.

When she asked her girlfriend to marry her, she wasn’t expecting this response