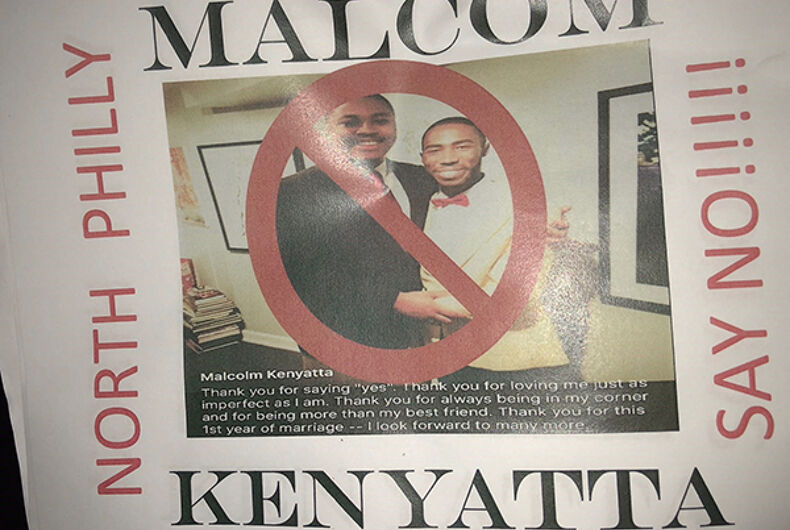 Malcolm Kenyatta is running for the Pennsylvania state legislator in today’s primary election. If voters put him in the seat in November, he would be the first gay person of color elected in the state. That threatens and terrifies some people.

An unknown person or group has been distributing posters around the area showing a photo of Kenyatta with his ex-husband that has a giant “NO” symbol across it. The two are recently divorced.

The photo includes Kenyatta’s social media caption celebrating their relationship while they were still married.

The flier riffs off the caption, with “SAY NO!!!!!” written beside the photo.

Not only is the flier homophobic, it’s also incredibly disrespectful and heartless to a recent divorcée.

Malcolm will be the second gay legislator in Pennsylvania when he’s elected. The people who created and distributed this flier will be just as they were before the election: impotent, full of rage, and hiding their hate so no one knows how disgusting they truly are.

Pride in Pictures before 1970: A radical message that eventually goes mainstream