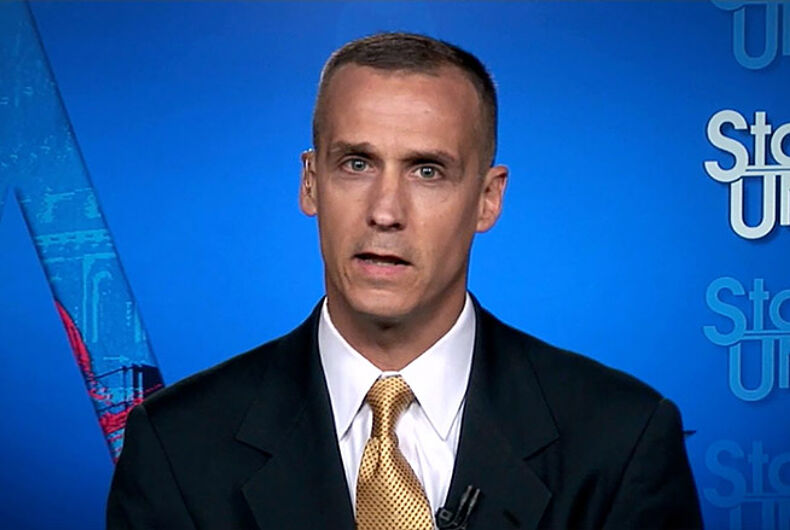 Former Trump confidant Corey Lewandowski is — sort of — back on the team. What does this mean?

Lewandowski, who helped Donald Trump win the Republican nomination in 2016, is back just in time for the 2018 midterm elections. The difference is that this time he’s on Team Pence.

Lewandowski is joining Vice President Mike Pence’s political action committee. He’ll be in a position to travel with Pence, and position himself to jump back to into Trump’s likely 2020 reelection bid.

Not that Lewandowski ever really left Team Trump. He’s been biding his time at the pro-Trump group America First Policies, where a number of the president’s former advisors have been cooling their heels.

Working at the nonprofit restricted Lewandowski’s ability to engage in campaign travel and political activity that could be viewed as inappropriate coordination with the White House.

That hasn’t stopped Lewandowski from maintaining contact with Trump or becoming one of the president’s most visible supporters on all three networks as well as Sunday shows. The new move frees him up to jump back into the fray just in time for the 2018 midterm elections.

The Lewandowski move signals a couple of significant potential shifts for midterms.

First, it eliminates the appearance of any daylight between Pence and Trump. Lewandowski’s close association with Trump shores up Pence’s association with the president. His presence on Team Pence won’t go unnoticed by Trump’s supporters.

Second, it positions Pence as a potential surrogate for Trump in the 2018 midterms. Pence’s PAC donated more than $150,000 to Republican candidates.

While Trump is bogged down dealing with the implications and results of Robert Mueller’s investigation, Pence will be in a position to be in to serve as a useful surrogate on the campaign trail.

Lewandowski’s move signals that the Trump White House is attempting to prevent some damage by the “Blue wave” predicted for midterm elections, and gearing up for the president’s 2020 reelection bid.