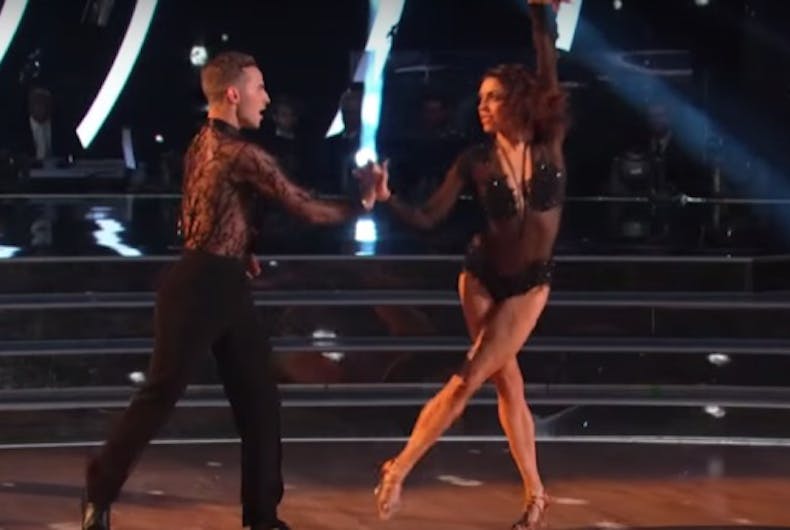 Adam Rippon and Jenna Johnson on Dancing With The StarsPhoto: screenshot

Adam Rippon’s grace and style were fully on display in last night’s season opener of Dancing With The Stars. Rippon and his partner, Jenna Johnson, killed it to the delight of the judges.

The duo brought the audience to their feet with a cha-cha to RuPaul’s “Sissy That Walk” that has to be seen to be believed.

Sadly, even for the outgoing and flamboyant Rippon, the show is still sticking with its tired heteronormative format, requiring the out figure skater to dance with a female partner instead of a man.

As the Washington Post put it, “It’s impossible for Rippon to win after the first week, but we might as well hand him the Mirror Ball Trophy.”