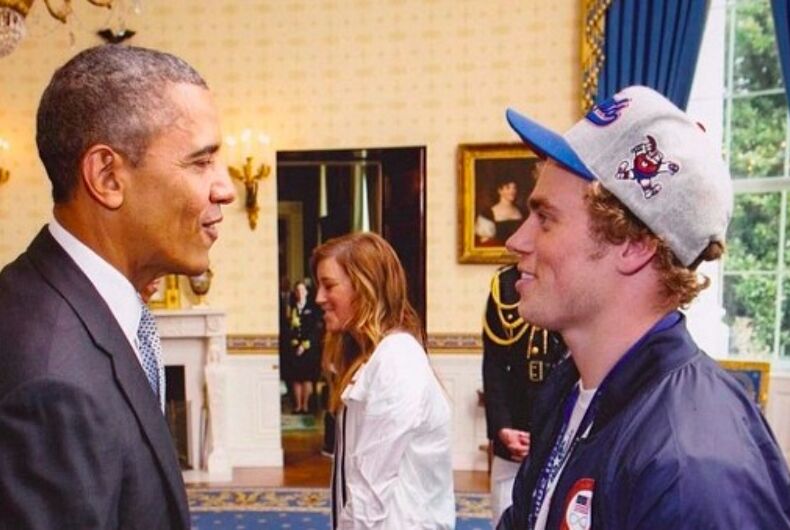 U.S. Olympians were invited to the White House to meet the president Friday, but LGBTQ heroes Gus Kenworthy and Adam Rippon were not among them.

Both have been public about their disapproval of the current president, his administration and his policies, particularly against LGBTQ Americans.

“Today is this year’s visit,” Kenworthy tweeted about the White House reception, “and USOC spokesman says he’s never seen so many athletes turn down their invites.

“The resistance is real.”

Likewise, Rippon took to Twitter to share his reasoning. “I will not stand with people who discriminate against those that they perceive as different,” he tweeted on Friday.

Olympians from the 2018 Games have been invited to go to the White House today. I will not be going. I will not stand with people who discriminate against those that they perceive as different. In lieu of going to DC, I have donated to a few of my favorite causes 🙆🏼‍♂️❤️ https://t.co/qDXqswTHdF

As he’s prone to do, President Trump only helped justify Rippon’s reasoning. Speaking before Paralympians at the White House on Friday, Trump skated to the edge and voiced his discomfort with watching the athletes.

“What happened with the Paralympics was so incredible and so inspiring to me,” he said. “And I watched — it’s a little tough to watch too much, but I watched as much as I could.”

After Rippon declined to attend, he took the opportunity to donate to three causes: GLAAD, Planned Parenthood and the American Red Cross.

And Kenworthy took on haters who criticized the athletes for skipping the White House while accepting government money as Olympians. The thing is, they don’t.

“The U.S. is one of the only countries who doesn’t pay a penny to its Olympic team to train/compete,” Kenworthy tweeted back. “All money comes from corporate sponsors and donations.”

Instead of the White House, Kenworthy will be attending a different political event. He will headline  the Democratic National Committee’s annual LGBTQ gala in June.

“I couldn’t be more excited to join the DNC at their LGBTQ Gala this Pride season,” Kenworthy said in an emailed statement.

“Over the last year, the Trump-Pence administration has pushed our community to the sidelines, attacking us for who we are and who we love. It’s time we take a stand against this administration by electing representatives this upcoming November who actively support and believe in equality for everyone.”

Adam Rippon slays in Dancing With The Stars debut