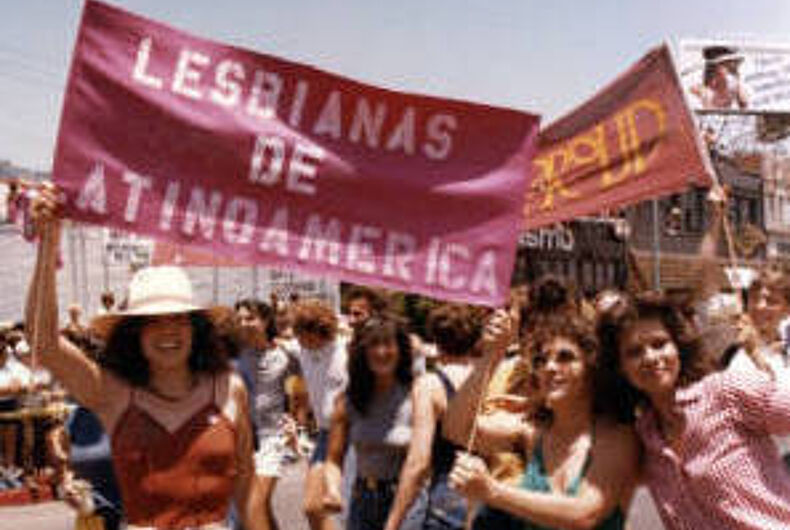 Out and proud at the 1981 Los Angeles Pride parade were the “Lesbianas de Latino America.”

Latinas and Latinos have made long, rich contributions to the movement’s activism, history, and pride.

In San Francisco, José Julio Sarria, the best-known entertainer at that city’s Black Cat Bar, founded several homophile organizations and ran for the board of supervisors in 1961. The first openly gay candidate for public office in the United States, Sarria preceded Harvey Milk in the 1970s.

In Los Angeles, since 1989, the organization Bienestar has advocated for LGBTQ rights and served Latino gay, lesbian, bisexual and transgender from locations across the city.

Meet the gay black Army veteran who became a Republican