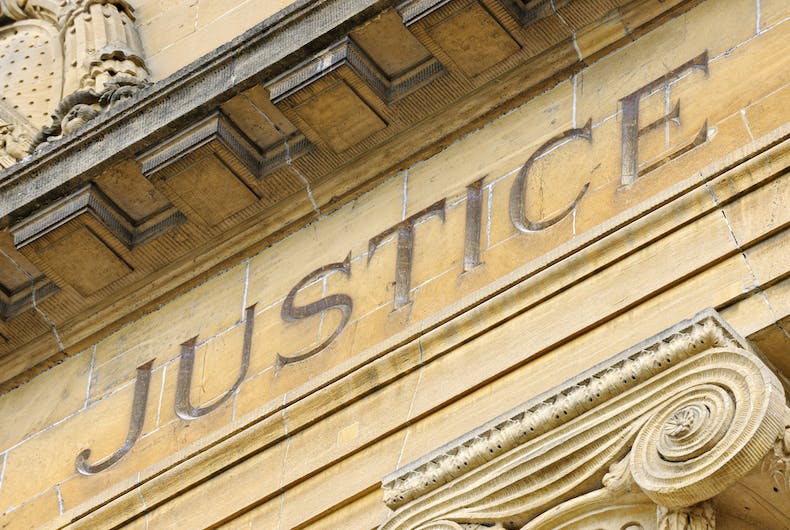 There’s no question that progress on gay and lesbian rights owes a lot to success in the courts. From the repeal of sodomy laws to the right to marry, the courts–especially the Supreme Court–have been the most reliable vehicle to secure secure basic rights.

So, as the transgender rights movement picks up speed, it’s worth asking: will the same strategy work as well?

Certainly, there are a string of recent court victories to point to as examples. The biggest was a federal court ruling that transgender employees are protected from job discrimination based on their sex. But that’s far from the only one.

Federal judges have been withering in their dismissal of President Trump’s efforts to ban transgender military service personnel. And in February a federal court sided with a transgender inmate seeking medically necessary treatment for her gender dysphoria.

The quest for transgender rights also has a few things going for it that gay and lesbian rights did not. For one thing, the transgender movement has been able to capitalize on the groundwork gay rights cases offers. Also, transgender activists have friends in high places.

Even as the Trump administration is trying to do its best to roll back protections, government agencies like the CIA have shown no problem with transgender employees. The FBI recently welcomed a Colorado sheriff’s officer to its prestigious National Academy.

The problem with relying on the courts is that judges can be way ahead of public opinion, prompting a backlash. The Supreme Court kicked marriage equality down the road for just this reason; Justice Ruth Bader Ginsburg has cited the Court’s Roe v. Wade abortion ruling as “too far, too fast,” leading to an endless culture war and mixed public opinions.

When it comes to transgender rights, public opinion is divided. More than half of Americans in a Pew Survey said that gender is determined at birth. Even among millenials, opinions are evenly split.

The other problem with the courts is that they can only go so far in the absence of laws. That’s why same-sex couples can be married anywhere but also fired for being gay in large swaths of the country.

Ultimately, success turns on public attitudes. Marriage equality shows that the public can be moved in the right direction, and rapidly. Knowing someone gay made a big difference. So did having a popular culture that celebrates gay and lesbian people. On that last count, the transgender movement has made some important headway.

Will transgender rights ultimately prevail in the courts? Undoubtedly there will be roadbumps, particularly with a federal judiciary stacked with ultra-conservative appointees.

John Kasich is not the Republican savior progressives are hoping for

Is Denver about to get a fabulous set of rainbow crosswalks?