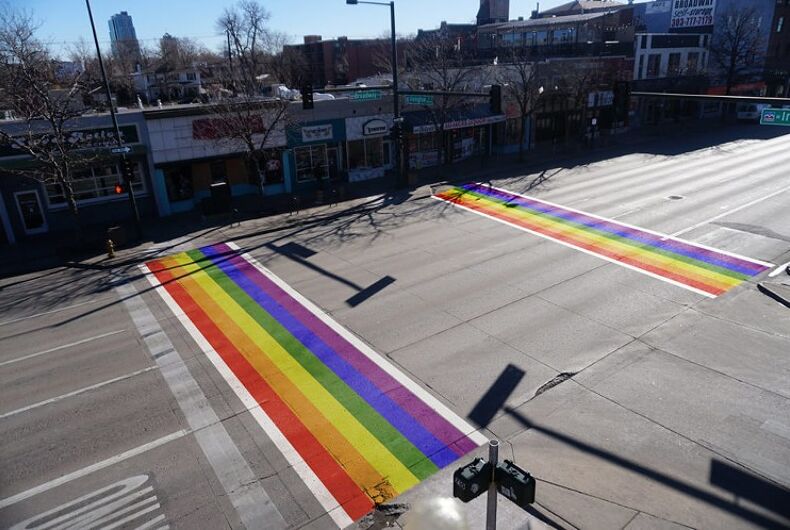 A rendition of what the crosswalks will look likePhoto: Broadway Crosswalk

Denver is about to get more colorful.

City Councilman Jolon Clark and local neighborhoods have been raising money for rainbow crosswalks at the intersection of Broadway and Irvington, a neighborhood that is used during Pridefest.

The local businesses made a website to raise money for the rainbow crosswalk, which they predict will cost $25,000. They have raised over $18,000 so far.

“It’s a very divisive time, and there’s a lot of anger and groups of people who feel like they’re not being represented and being left out,” Clark told Westword.

“This is… a way we as a city and community can wrap our arms around the LGBTQ community and tell them how much we value them, care about them and love them in a very tangible and visible way.”

They are hoping to complete the project by June 1, just before Pride month starts, so that the crosswalks can be used during Pridefest as a fashion runway.

Is the trans movement too dependent on the courts for success?

This is why you shouldn’t misgender trans people