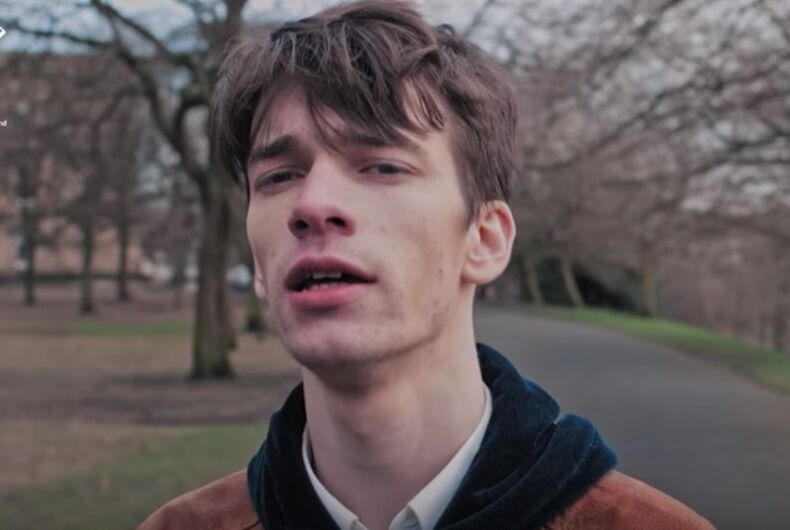 Still from "Time for Love" by the BBC ScotlandPhoto: Screenshot

BBC Scotland’s “The Social” touts itself as “comedy, lifestyle & more from fresh talent in Scotland,” but it’s newest video “Time for Love” is anything but funny.

The video is quickly going viral as thousands of queer men and women see themselves in the spot and share it on social media. Instead of laughs, the piece is striking a deep chord for many in our community who see themselves, their lives and their fears expressed so eloquently and raw.

Most LGBT people have said in numerous studies that they are uncomfortable holding hands or kissing their romantic partner in public. This is why.

As Jamie Palmer, a commenter on Facebook said on the video, “Saying ‘goodbye, I love you’ and kissing our loved ones farewell could be the very last time we ever do. Life is cruel and death can take people so easily and abruptly.”

“Imagine choosing not to make sure the person you love truly knows it, out of nothing but fear that you’ll at the least get a dirty look and the worst be murdered. Imagine how it feels to constantly be double, triple taking on strangers faces, instead of just living and being able to love someone dear to you.”

For most of us in the queer community, we don’t have to imagine it. We live it.

Does this Republican running for Congress think his opponent is Rachel Maddow?