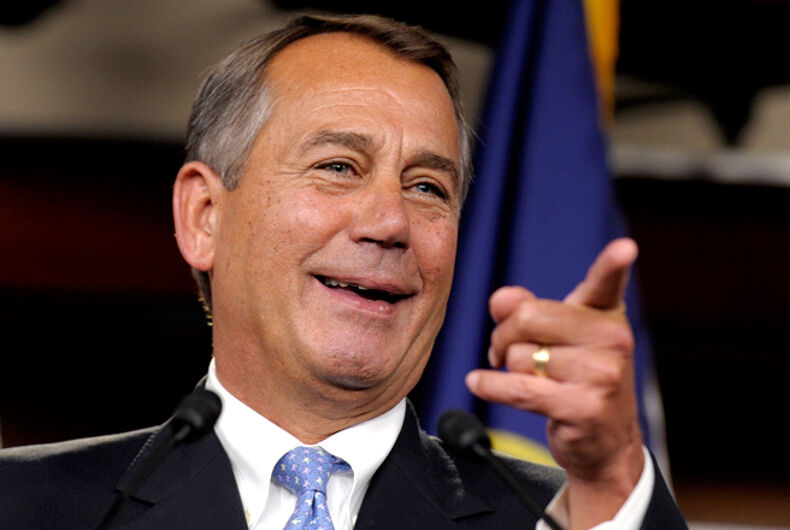 Strange as it might seem at first, former House Speaker John Boehner’s new gig is right up his alley.

With the current House Speaker heading for retirement, it seems like a good time to catch up his predecessor, John Boehner. The latest is that he’s about to become the new spokesman for the marijuana industry.

The former Republican Speaker of the House has joined the advisory board of Acreage Holdings, a company that cultivates, produces and distributes pot in 11 states across the U.S. That’s quite an about-face. After all, just 11 years ago Boehner was “unalterably opposed” to marijuana legalization.

But when you think about it, it’s not all that strange.

Related: We may end up missing Paul Ryan. No, really.

Boehner is a well-known smoker. He spent most of his 24 years in Congress as Big Tobacco’s man on the Hill.

In 1995, Boehner famously handed out tobacco lobby checks on the House floor, to encourage members to vote against a bill to abolish a $49 million giveaway of taxpayer dollars to tobacco companies.

Does this mean that the man who once spent taxpayer dollars to defend the Defense of Marriage Act has mellowed? Maybe. If he can make the jump from smoker to toker, why not?

One thing is certain. The next time we see John Boehner on Capitol Hill, he could be handing out more than checks.