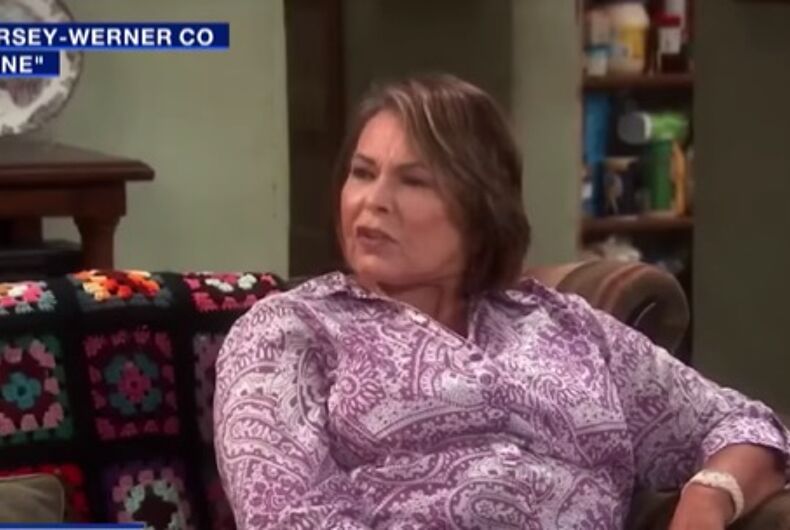 Roseanne Barr and Donald Trump may share a love for the ages, but it appears they may be drifting apart finally.

Barr’s reboot of her hit 80s sitcom has been an incredible success. Her iconic character – long a champion of liberal causes – is now a Trump supporter (as is the actress herself.)

While Barr’s own tweets have set off several firestorms of their own, none cause as much consternation and outrage as her retweets of crazy conspiracy theories embraced by Trump and her support for him in general.

So it came as no surprise when the ratings-obsessed former reality show star called Barr to congratulate on her on the show’s ratings. But during a speech in Ohio, Trump, of course, took credit for those high ratings instead of giving credit to the show’s star and creator.

“Look at ‘Roseanne’! Look at her ratings! Over 18 million people [watched] — and it was about us!,” Trump told the crowd. “The fake news hasn’t quite figured it out … but they will.”

Apparently that didn’t go over so well with the other big ego involved. When TMZ caught up to Barr and asked her about Trump’s grab for credit, she was quite blunt in her response.

“It’s all me,” Barr responded after laughing at the insinuation in the video below.

The incident makes you wonder: After all the lunacy and despicable conduct Trump has shown since announcing his run for the presidency, is this what it will take for Barr to see the light? After all, as her ex-husband, Tom Arnold, pointed out… The two of them are peas in a pod.

Retiring GOP Congressman says he did a bad job. His LGBT record proves him right.