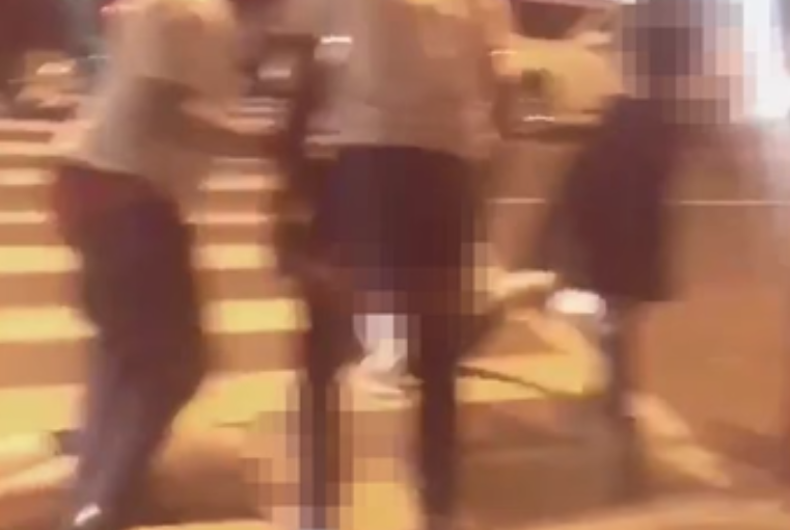 Two men were attacked by three men near the Dirty Goose in D.C.’s U Street corridor. The victims suffered bruises and cuts, one got a concussion and the other was left with a broken nose and teeth.

Police said the assailants shouted anti-gay slurs during the attack.

But they haven’t been able to find the attackers, so they released video to the public. The video was captured on the phone of someone standing nearby and then posted to Twitter.

“Anyone who can identify these individuals or who has knowledge of this incident should take no action but call police at 202-727-9099 or text your tip to the Department’s Text Tip Line at 50411,” D.C. Police said in a statement.

“We take these very seriously and we know that while it was a crime against two individuals that were injured here, there are many, many other people, not just in the LGBT community, but in the surrounding neighborhood and also their friends, family members and co-workers, who may be impacted by a crime like this,” Police Lt. Brett Parson said.

“And that is why it is so important that members of the community who may have information to get that information to us so that we can bring these people to justice.”

A longer cut of the video was shown on Fox 5 News, where people can be seen helping the victims up after the attackers ran away.

The anchor said she couldn’t even watch the video due to its graphic nature.