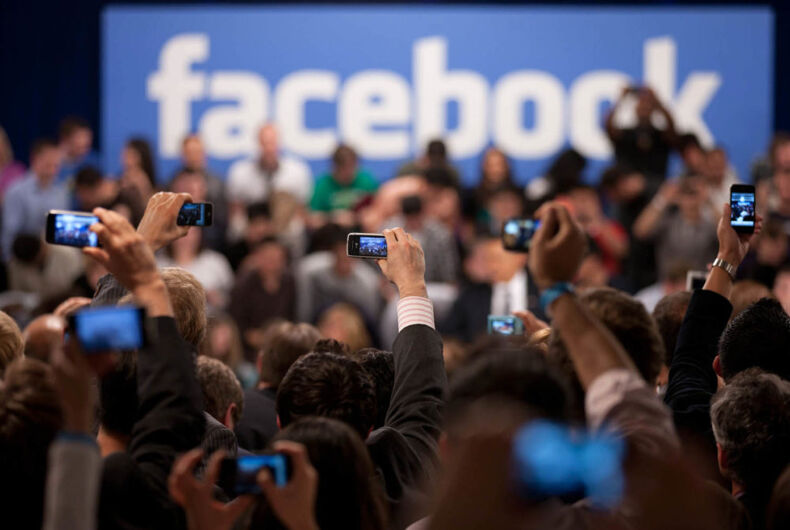 Facebook has taken several hits lately as the reach of Russian bots – and the social media giant’s lackadaisical attitude toward them – in the 2016 presidential election has become clear. Throw in the massive data mining by Cambridge Analytica that was used to help elect Donald Trump and the website has been under fire from users, the media, and Congress.

But a new investigation by Buzzfeed News has revealed the site is also providing a space for gay men to advertise for houseboys and domestic slaves.

“At best, impoverished young men are seeking refuge in places where they are at risk of sexual exploitation,” author Patrick Strudwick writes. “At worst, teenagers are being kept in domestic prisons where all personal boundaries are breached, where their lives are in danger.”

While Mark Zuckerberg praised his company for the #MeToo sexual assault movement “organized, at least in part, on Facebook,” the company allowed the group “Gay Houseboy’s and those who hire them” and similar pages to flourish on the site.

The group describes itself as an outlet “for gay men seeking gay boys to work for them as houseboys, and for gay houseboys seeking employment.” Many of the ads posted on the site offer either free or reduced rent in exchange for sex.

““Looking for a white male 18-25 to come and join our household for a live in position. General duties will include cleaning, walking dog, shopping, cooking and general house projects,” reads another. “This position would ideally include sex and lots of affection from our boy.”

Homelessness is a serious issue for many gay youth and many of the ad’s respondents are willing to do anything for a place to live and what they perceive as relative safety compared to living on the streets.

LGBT youth make up 40% of the total young people experiencing homelessness according to a 2012 study by the Williams Institute. 46% of homeless LGBT youths ran away because of family rejection and 43% were forced out by their parents.

While sex workers have every right to ply their trade however they see fit, many of the ad’s respondents are more likely to be looking for relative safety than money. Most ads do not offer a salary for the domestic housework.

Landlords “tend to assume that every houseboy is a whore,” one young man told Buzzfeed. “I was the opposite. I just wanted stability.”

So far, Facebook has not responded back to Buzzfeed’s request for comment about the illicit trade happening on the social media platform, but a new US law may change that. The Fight Online Sex Trafficking Act was passed in late March and made it a crime to facilitate prostitution online.

Several sites like Reddit and Craigslist immediately shut down their personals section where ads for prostitutes were common. Backpage.com refused to shutter the site until the feds took control and shut it down.

Will Facebook share the same fate as Backpage? Probably not. But as the company faces thousands of disgruntled users and constant scandal over their handling of personal data, the last thing Mark Zuckerberg needs right now is a sex scandal.

And, this… This is scandalous.