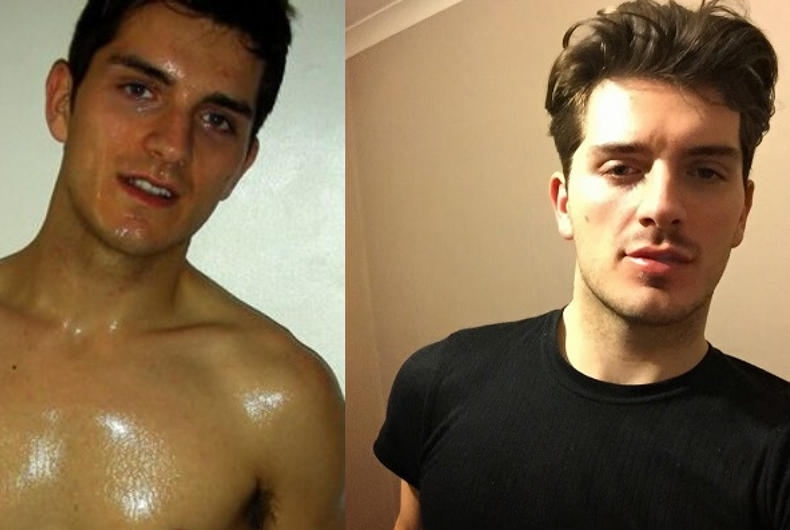 Daryll Rowe, 26, was found guilty of attempting to infect ten men with HIV and was sentenced to life in prison.

He is the first person in England to be found guilty of violating the law against deliberate HIV infection.

Rowe was diagnosed with HIV in April, 2015. Prosecutors said that from October, 2015, to February, 2016, he went on what prosecutors called “a cynical and deliberate campaign to infect other men with HIV.”

With some of the men he met on Grindr, he was accused of pressuring them into barebacking without disclosing his HIV status.

One of his sexual partners said that Rowe told him, “You need to [bottom without a condom] if we’re going to be together.”

After they had sex, Rowe texted him, “Maybe you have the fever… I have HIV LOL.”

A different victim said that Rowe called him after they had sex and said, “I ripped the condom. You’re so stupid, you didn’t even know.”

One of the people Rowe transmitted the virus to was an employee at an HIV/AIDS nonprofit organization, who said that they used a condom when they had sex.

The nonprofit employee said that when he was diagnosed a few weeks later, he was surprised. “This is impossible. I haven’t had any unprotected sex.”

“I’ve never felt that way before,” the victim told the court. “It’s like being hit by a bus – you feel like your life is over.”

He said that he tracked Rowe down to tell him about his diagnosis, but Rowe seemed “blase.” He told the victim “not to be so dramatic” and that “Moaning and thinking about it all the time won’t help or cure you.”

When police started looking for Rowe, he fled from Brighton to northeast England, went by the name “Gary Cole,” and moved in with two men, both of whom said he gave them the virus.

His mother urged him to turn himself in to police, and when he was arrested police found three condoms with the tips cut off on him.

The prosecutor accused him of attempting to infect ten men and successfully infecting five.

Rowe’s lawyers said that he thought that he had cured himself of HIV with oregano, coconut and olive leaf oils, and drinking his own urine.

Prosecutors painted a picture of an aggressive young man who knew what he was doing, which persuaded Judge Christine Henson.

“[The victims] describe living with a life sentence as a result of your cruel and senseless acts,” Henson said during sentencing. “Many of those men were young men in their 20s at the time they had the misfortune to meet you.”

Rowe was sentenced to life in prison because “given the facts of this case and your permissive predatory behavior I cannot see when you would no longer be a danger to gay men,” Henson said.

He will have to serve a minimum of 12 years in prison. He was also sentenced for several drug-related charges.

HIV activists pointed out how rare it is for someone with HIV to intentionally transmit the virus.

“The Rowe case is the first of its kind in the UK, and is an exceptionally rare thing to encounter,” said Deborah Gold of the National AIDS Trust. “To intentionally transmit HIV is a deplorable crime, one could only commit by avoiding one’s own crucial treatment. Our thoughts are with the victims in this case.”

What does Trump’s Muslim travel ban have to do with LGBT people?