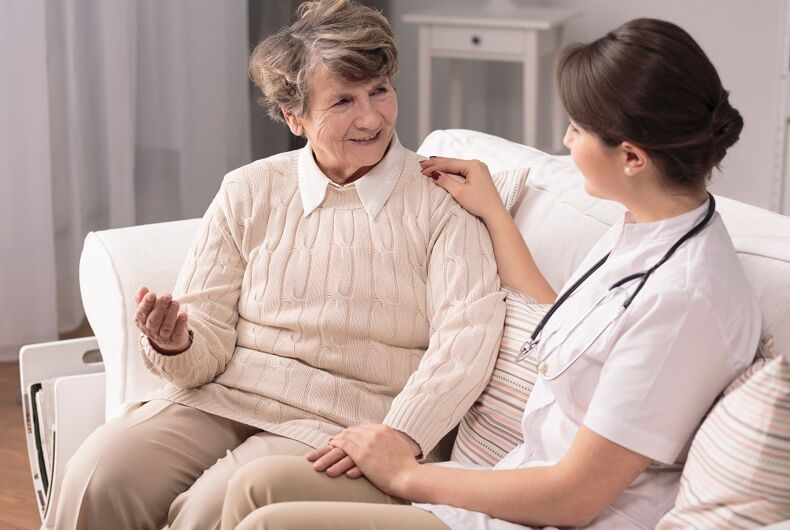 The Trump Administration wants to make it easier for health care providers to discriminate against patients.Photo: Shutterstock

Both President Donald Trump and House Ways and Means Chairman Kevin Brady (R-Texas) have both recently discussed the possibility of a “phase two” of tax cuts, even with the Congressional Budget Office estimating the tax cuts passed by Congress in 2017 the bill will add 1.9 trillion dollars to the national debt over the next decade.

While the “phase two” rollout has not come about yet, it is expected as early as this month, with goals to make individual tax cuts permanent. “Permanence is a high priority for us,” said Brady.

Legislation on this, separate from a “phase two” tax bill, has already been introduced by Senator Ted Cruz (R-Texas) and Representative Rodney Davis (R-Illinois).

The GOP and the administration heavily pushed the Tax Cuts & Jobs Act assuming it would increase popularity for both. In the months since its passage, support for the bill has never fully taken off, and the GOP now fears a “blue wave” during the coming elections. This may be fueling the move towards an additional round of tax cuts.

The original bill was devastating to a number of programs of value to the LGBTQ community, leading to the possibility of additional cuts damaging LGBTQ-focused programs even more.

One of the biggest changes was the loss of the individual mandate under the Affordable Care Act, also known as Obamacare. This is expected to result in some 13 million people leaving the insurance market starting this year, which will have a ripple effect, causing health insurance premiums to skyrocket. This will price many people out of healthcare entirely, further impacting health care.

The bill has substantial impact on other programs as well, many of which impact LGBTQ people and their families.

A second round of tax cuts could further endanger programs of use to the LGBTQ community, including Medicaid, Medicare, and even the Ryan White Care Act. Around 40% of those with HIV/AIDS are dependent on Medicaid for health care, while Medicare is the largest source of federal funds for HIV care, according to the Kaiser Family Foundation.

Transgender health care is also likely to be heavily impacted, with the Trump administration already targeting this through changes to Health and Human Services policies under the Affordable Care Act that protects health care for transgender people.

A “phase two” bill, particularly without methods in place to offset the cuts, will likely increase the debt already projected by the CBO, which could further impact the economy, causing even more people — including LGBTQ people — to require public assistance. That such assistance could be cut at such a time could be catastrophic.

With the midterm elections looming, it remains to be seen if such a bill will make it to a vote before electioneering season takes hold.

Here’s what actually drives Trump supporters. It may shock you.

A transgender woman was shot in the face in broad daylight