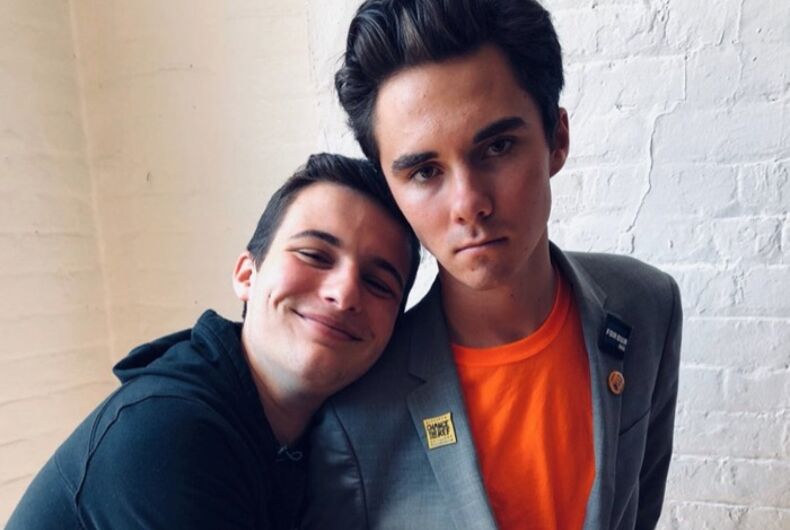 Updated at the end of the article.

While social media quickly went nuts wondering if the two were in a relationship (Kasky is openly gay, but Hogg is not), Hogg may have won the web with his sweet and cheeky response to a user who told him he should smile.

Everyone needs an Emma in their life- she is life-long friend material.

But the big question was… What will their dance be?

UPDATE: Kasky and Hogg’s parents say the two aren’t dating and won’t be attending prom together.

“Cameron and David love each other very much, as do the 20 or so other kids that are part of their group, but not in a romantic type of way,” Cameron’s dad told TMZ.

Hogg’s mother told the site that David already has a date for prom – and it isn’t Cameron. She says the photo and coy caption was from a photo shoot for U2’s Red campaign that the two were working on yesterday.