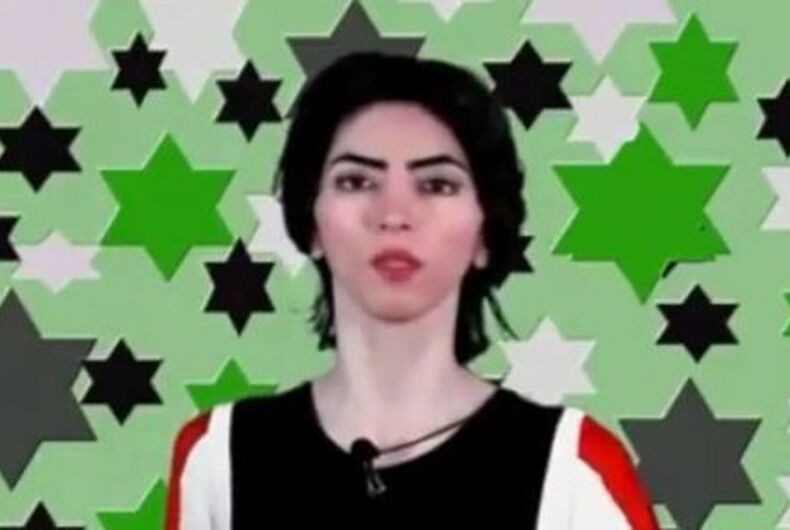 On Tuesday, Aghdam entered YouTube headquarters with a semiautomatic handgun and started shooting. She shot and injured three people before shooting herself.

Family said that she was mad at YouTube for its policies regarding compensation for videos and the cost of promoting videos on their platform. She was a prolific YouTuber herself, making bizarre videos to promote veganism and animal rights.

While most people look at what happened and may, at most, wonder why someone like her was able to purchase a semiautomatic weapon, some anti-trans internet trolls have decided that the most important part of this story is that Aghdam is transgender – despite the lack of proof that she is.

In an early version of the conspiracy theory, Twitter users said the shooter was “Samantha Hyde.” They posted pictures of a blond, white person with a beard who they said was the shooter, even though Aghdam had dark hair, no facial hair, and was Iranian.

When police released the identity of the shooter, the Twitter users did not stop saying that she was transgender.

The youtube shooter was a man. This was male violence. Name the problem. Men can shoot, rape kill but we have to ‘respect pronouns’. No. https://t.co/rHiQGeaOrs

The main evidence being cited are a few photos of Aghdam in which, according to anti-transgender advocates, she looks masculine.

Others are citing an image in one of her videos where she wears a silicone breast plate, even though Aghdam’s videos were a series of strange images that appear to have little meaning.

So many ppl are still insisting shooter was female. Despite videos, photos, description from youtube HQ. witness.. Why are women forbidden to name male violence? Why are we expected to lie about a killer’s sex? https://t.co/3bAUX1I8md pic.twitter.com/rDbhEfjrTH

Nasim Aghdam, the YouTube shooter, was transgender yet Google was scrubbed quickly after it hit the headlines.
This could be bad PR for the trans lobby but it’s unfair on women as it skews crime stats negatively for women. pic.twitter.com/z5qINoIxsP

For others, the only evidence they need is that Aghdam shot people, because they can’t believe that a cisgender woman would ever do that. (“TIM” is a transphobic slur that means “Trans Identified Man.”)

They say the shooter is female. Women would never do such a thing. You can guarantee they are not actually female and are just another TIM.https://t.co/tjoMG2uV5f

The conspiracy theories are so prevalent on the forum Mumsnet that administrators decided to delete several threads on it, saying that it was in “poor taste,” according to PinkNews.

Another website of dubious credibility is claiming that she “is believed to have lived as a male for half her life,” even though there were pictures of her as a child dressed in stereotypically feminine clothing on her now-disconnected Instagram account. The website did not cite a source for that claim.

Police, local media, and her family members that talked to the media have uniformly referred to Aghdam as a woman. No one who knew her or who is familiar with the crime has said that she is transgender.

While it doesn’t really matter if Aghdam was cis or trans – she was clearly a woman, and her actions, not her body, are what’s important – the point of the conspiracy theory is to paint transgender women as violent.