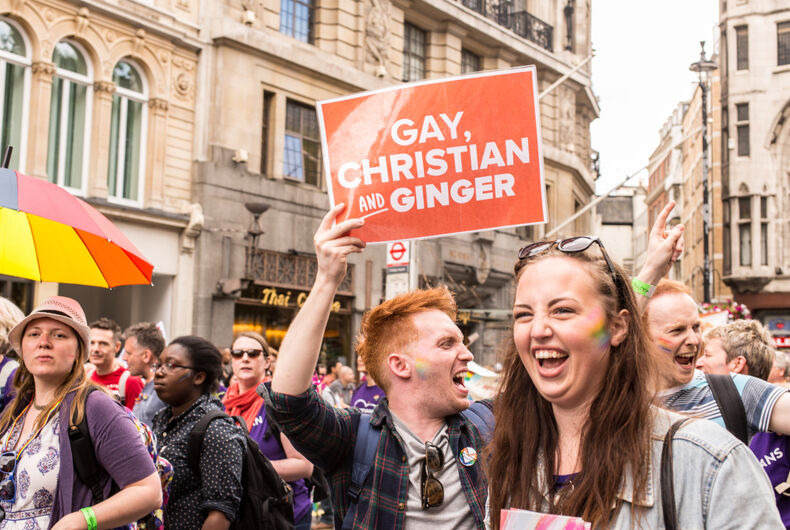 He found a country, founded on an overriding commitment to democracy, liberty, freedom, human dignity, and egalitarian values, coexisting alongside deep-seated patterns of racial discrimination, privileging white people, while subordinating peoples of color.

While racism most certainly remains, this contradiction has been powerfully reframed for contemporary consideration by religious scholar, Diana Eck.

“The new American dilemma is real religious pluralism, and it poses challenges to America’s Christian churches that are as difficult and divisive as those of race,” she writes in her book, A New Religious America. “Today, the invocation of a Christian America takes on a new set of tensions as our population of Muslim, Hindu, Sikh, and Buddhist neighbors grows.”

“The ideal of a Christian America stands in contradiction to the spirit, if not the letter, of America’s foundational principle of religious freedom.”

In terms of how this privilege is maintained and strengthened, “hegemony” according to Antonio Gramsci describes the ways in which the dominant ruling group successfully disseminate its particular form of social reality and social vision in such a manner as to be accepted as common sense, as “normal,” as universal and as representing part of the natural order, even at times by those who are marginalized, disempowered, or rendered invisible by it.

This is the case with Christians in general and predominantly mainline Protestants in a U.S. context, even though only an estimated 30% of the world’s inhabitants define as Christian.

According to Weinbaum, “[H]egemony is a means for social control, not through overt force, but rather through covert tactics, dictating society’s norms.” This religious hegemony maintains the marginality of already marginalized religions, faiths, and spiritual communities.

A form of hegemony is “Christian hegemony” – the overarching system of advantages bestowed on Christians.

It is the institutionalization of a Christian norm or standard, which establishes and perpetuates the notion that all people are or should be Christian thereby privileging Christians and Christianity, and excluding the needs, concerns, ethnic and religious cultural practices, and life experiences of people who are not Christian.

Often overt, though at times subtle, Christian hegemony is oppression by intent and design, but also it comes in the form of neglect, omission, erasure, and distortion.

In the service of hegemony is what is termed “discourse,” which includes the ideas, written expressions, theoretical foundations, and language of the dominant culture.

These are implanted within networks of social and political control, described by Michel Foucault as “regimes of truth,” which function to legitimize what can be said, who has the authority to speak and be heard, and what is authorized as true or as the truth.

The concept of oppression, then, constitutes more than the cruel and repressive actions of individuals upon others.

It often involves an overarching system of differentials of social power and privilege by dominant groups over subordinated groups based on ascribed social identities or social group status. And this is not merely the case in societies ruled by coercive or tyrannical leaders, but also occurs even within the day-to-day practices of contemporary democratic societies according to Iris Marion Young.

As the old saying goes, the fish is the last to see or even feel the water because it is so pervasive, and therefore, the fish takes the water for granted. Often, those beings situated outside the confines of the water can, in effect, perceive the water’s existence with its edges, depths, surfaces, consistencies, and reflections.

By analogy, what many (most likely the majority) within our society consider as “normal” and appropriate, upon critical reflection are perceived by many as (re)enforcements of mainline Christian standards and what is referred to as “Christian privilege,” though presented in presumably secularized forms, and as such, are reminders that the United States is, indeed, not the inclusive and welcoming land of freedom, justice, and equality that it often purports to be.

And what can be the effects on students in our classrooms and in the larger society from ethnic and religious traditions other than mainline Christian?

This can have very serious implications on individuals’ sense of self and on their identity development, for they begin to view themselves through the lens of the dominant group. When this occurs, victims of marginalization and systematic oppression are susceptible to the effects of internalized oppression, whereby they internalize, consciously or unconsciously, attitudes of inferiority or “otherness.”

According to Suzanne Lipsky, this internalization, created by oppression from the outside, plays itself out where it has seemed “safe” to do so in two primary places: 1) on members of their own group, and 2) upon themselves.

In the case of religious minorities, this can result in low self-esteem, shame, depression, prejudiced attitudes towards members of their own religious community, and even conversion to the dominant religion.

Based on Peggy McIntosh’s pioneering investigations of white and male privilege, we can, by analogy, understand Christian privilege as constituting a seemingly invisible, unearned, and largely unacknowledged array of benefits accorded to Christians, with which they often unconsciously walk through life as if effortlessly carrying a knapsack tossed over their shoulders.

This system of benefits confers dominance on Christians while subordinating members of other faith communities as well as non-believers. These systemic inequities are pervasive throughout the society. They are encoded into the individual’s consciousness and woven into the very fabric of our social institutions, resulting in a stratified social order privileging dominant groups while restricting and disempowering subordinate groups.

As Clark et al assert, “[T]he fact remains that all Christians benefit from Christian privilege regardless of the way they express themselves as Christians in the same way that all White people benefit from White privilege.”

But this is not monolithic, for as there is a spectrum of Christian denominations and traditions, so too is there a hierarchy or continuum of Christian privilege based on 1) historical factors, 2) numbers of practitioners, and 3) degrees of social power.

By “unpacking” the knapsack of privilege (whether it be Christian, white, male, heterosexual, cisgender, owning class, temporarily able bodied, English as first-language speakers and native-born U.S. citizens, adults, and others) is to become aware and to develop critical consciousness of its existence and how it impacts the daily lives of both those with and those without this privilege.